Controversial musician and political activist, Kwame Asare Obeng, popularly known as A-Plus has directed a subtle jab at the Minister for Information, Kojo Oppong Nkrumah following the Minister’s direct reference to former President Mahama as ‘papa no’ on the floor of parliament.

Though A-Plus mentioned no names, its obvious his missive is directed at the Ofoase Ayirebi MP, who he accused of bringing pornographic material on flash drives over to his (A-Plus) place to watch.

In a Facebook post, the vociferous political activist wrote, “After chopping a presidential advisor’s wife and breaking his home you have the guts to talk about “Papa no.” Presidential material my foot. You drink more than Papa no. You chop girls more than papa. When it comes to morals we are all not clean. If he is “Papa no” you are also “abrantiɛ no!!!”

You used to come to my house with pono on a pen drive to watch on a projector because you want to see to everything clear like Kofi TV. Today you are acting like a Saint just to deceive the people. Fake life nkoaaa. I hate it when men act clean and talk about another man’s promiscuity 😡😡😡😡 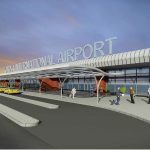 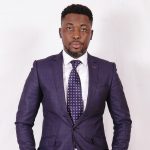