Counsel for embattled businessman, Alfred Agbesi Woyome, is praying the Supreme Court to review the application granted by sole judge, Justice Alfred A Benin, which allowed the state to seize and value his client’s immovable properties as part of moves to retrieve GHS51.2 million wrongfully paid to him.

But in court on Wednesday, 13 December 2017, Mr Woyome’s lawyer, Kweku Osafo-Buabeng, said the rights of his client have been violated.

Mr Osafo-Buabeng also sought clarifications from the Supreme Court under Order 46 Rule 2 as to why his client ought to be orally examined.

The oral examination is to allow the state make inquiries about Mr Woyome’s assets and sources of income.

He further argued that the sole judge did not err in granting the fife application to allow the state uncover more properties belonging to the embattled businessman.

The Supreme Court, on 29 July 2014, ordered Mr Woyome to refund GHS51.2 million to the state on grounds that he got the money out of unconstitutional and invalid contracts between the state and Waterville Holdings Limited in 2006 for the construction of stadia for the 2008 Africa Cup of Nations hosted in Ghana. 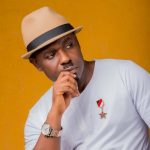