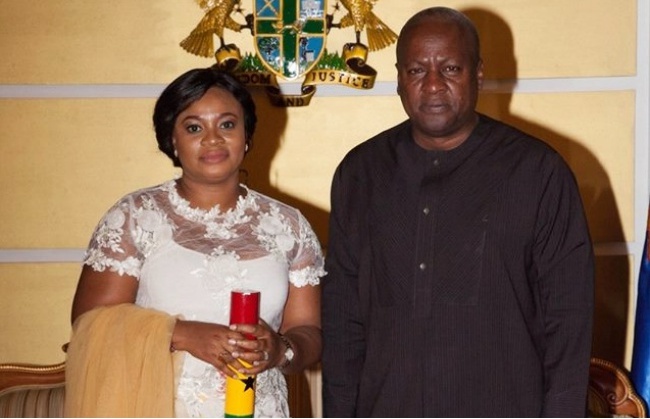 I am not voting on December 7, the chairperson of the Electoral Commission Mrs Charlotte Osei has announced.

Speaking on Good Evening Ghana with Paul Adom Otchere, the head of the electoral management body said it is “not compulsory” to vote and she wants to also remain neutral throughout the process.

“I would not,” Mrs. Osei affirmed.

“Because I don’t want to. It is not compulsory… but you should vote. As a former chairperson of the NCCE I strongly urge you to vote. It’s a special privilege,” Mrs. Osei added.

However, the electoral boss said she has voted before but will not exercise that right this time around as EC boss.

Meanwhile, she said it will take a whole cartel to rig the forthcoming general elections since the system makes it “impossible” for one person to do so.

Mrs Charlotte Osei has therefore downplayed assertions by a section of the general public that she can solely decide the outcome of the 2016 general elections slated for December 7.

Dr Kwadwo Afari Djan’s successor believes the systems and the reforms that have been put in place, require the entire personnel of the electoral management body, including district officers and her other six commissioners to rig an election for a particular candidate.

She has therefore promised to remain a neutral referee in the crucial exercise which will decide who becomes Ghana’s next president.

“For Charlotte Osei to [rig elections], she has to get the support and active involvement of her six co-commissioners, her 10 regional directors, the 200-plus District Electoral Officers, the 275 Returning Officers and their two assistants.”

She added: “Then when you get to the polling stations, for this year’s elections, Charlotte Osei, has to let all these people decide to tow one line. You are likely to have over 500,000 Agents for candidates per party and two Counting Agents per party at the Collation Centres. All these people must actively be working and changing the documents for Charlotte Osei to rig the elections.

“So I need to convince 500,000-plus people to skew the system in favour of one person. I haven’t figured out how to do that yet and it is not even a part of my value system that I will do that. Basically, it is impossible.”

Mrs Osei has come under severe public backlash, especially from the opposition New Patriotic Party in recent times. However, she said she remains focused and will welcome criticisms which are constructive.

“Criticisms by themselves are not bad. All of us we need criticisms to improve upon whatever we are doing. The problems are unfounded allegations, comments that are without basis. It is important that critics focus on the process not the person.

“I believe we should have a process that is so strong that regardless of how malevolent Charlotte Osei wants to be, she should not be able to rig the elections,” she stated.