Greater Accra Regional Chairman of the National Democratic Congress, Joseph Ade Coker, has expressed his readiness to serve in any capacity in the party, stating he will not hesitate to be “a dog-catcher” if called upon.

“If I am called to be a dog catcher in the party, I won’t hesitate to take the position” he told host of Onua FM’s morning show, Bright Kwesi Asempa, on Monday.

He said he is ready to contest the party’s national chairmanship position if called upon by the grassroots.

He said the voice of the people is the voice of God hence should “the people come to you and ask you to lead them in certain direction, I will listen to them because I love the party.”

General Secretary of the party, Johnson Asiedu Nketia has been tipped as the favourite among the names that have come up for the chairmanship position currently occupied by former NADMO boss, Kofi Portuphy.

Speaking on Onua FM’s morning show Monday, Mr. Ade Coker said “If they (grassroots) call on me to lead the party as national chairman, why not.

I will do that”. He told host of the show, Bright Kwesi Asempa that he is still “listening to them” and would respond should the calls by the grassroots become “overwhelming”. “I will answer their calls. I have served and ready to serve the party in any capacity”.

Mr. Ade Coker said he doesn’t want to be considered as imposing himself on the people of the party but rather, that people propelling him to any position in the party. He has meanwhile advised the party to make the rebuilding of the NDC a central concern of the ranks and file of the party.

He consequently warned against individual interest and position, maintaining that the only way the party can return to power in 2020 would be through hard work and unity.

“Who should lead us in the 2020 elections must not be our preoccupation now, but how to unite and move forward.

Whoever will lead the party shall be determined by the delegates but for now, let us concentrate and direct our energies toward reorganization of the grassroots to the top” he advised. 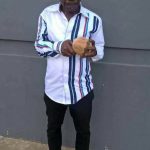