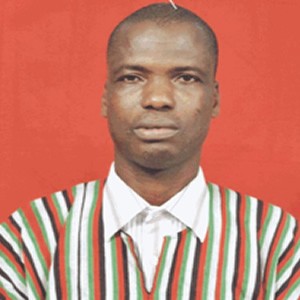 The woes of the embattled Member of Parliament for Atebubu–Amantim, Sanja Nanja are far from over in spite of the recent unqualified apology he offered to the Queenmother of the area, Nana Afua Denyina after he insulted her.

The obviously incensed chiefs and people of the area on Friday which marked exactly a week of the MP’s disrespectful conduct, held a ritual during which they slaughtered a white ram and urged the dreaded gods of the area to deal ruthlessly with the insolent lawmaker for insulting the leader they (gods) selected for them.

The MP few days ago apologized unreservedly to the Atebubu Traditional Council for describing the Queen mother of the area as a drunkard who was intoxicated with local gin (Akpeteshie) and was making reckless comment against him.

His apology came after the Council banned him from entering Atebubu Manhene’s palace and attending several other social events that will be organized in the traditional.

The council claimed Sanja Nanja’s action was an insult to the Atebubu Traditional Council, and hence had severed ties with the MP for his disrespect to the queen-mother of the town.

Violence broke a fortnight ago in Atebubu after some supporters of the sacked DCE of the area, Sampson Owusu Boateng, and those of the Member of Parliament for the area, Sanja Nanja, were caught up in some skirmishes over Boateng’s dismissal from office.

The clashes led to the burning of the National Democratic Congress (NDC) party office in Atebubu- Amantin, while some NDC youth also allegedly ransacked the home of the official bungalow of the former DCE.

The queen mother blamed the MP for being behind the disturbance, but an angry Sanja Nanja accused the Queen mother of backing the sacked DCE and spewed invectives on her.