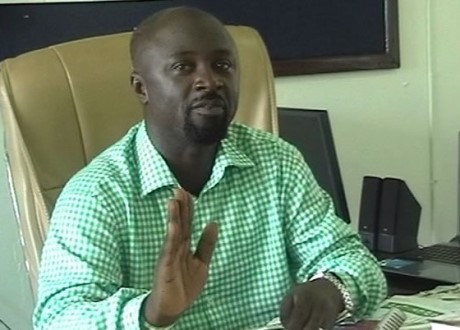 The Municipal Chief Executive for Obuasi, Richard Ofori Agyemang Boadi, has rejected claims that the withdrawal of military officers stationed on disputed concessions of Anglogold Ashanti Obuasi Mines, is to blame for the recent clashes with illegal miners that led to the death of its top official.

The clashes between illegal miners and police officers on Anglogold’s concession last Saturday, led to the death of the company’s Communications Director, John Owusu.

Anglogold has asked for the military officers to be restored to the area since according to them, the police officers cannot offer them the needed security. However, the MCE has rejected the claims.

He argued that they cannot continue to keep the military personnel there to do a job meant for the police saying “let’s not create the impression that the Police service cannot manage internal security in this country and every slight thing we’d have to fall on the military.” We are living in a constitutional democracy and we have clearly defined institutions within the constitution with primary responsibility to provide for internal security and that is the responsibility of the Ghana Police service.”

The DCE added that the District Security Council will meet to review their decision adding that “as and when we review the situation and we believe that we’d have to get the presence of the military to augment the efforts the Police service, we will gladly do it.”

He added that “I’ve been saying constantly that we are managing the situation at Obuasi so just in case they identify any form of hitches in the arrangement we have put in place, it is only fair and proper that you run to us first rather than get to the media and talk about it when your officers yourself were unable to go to the areas that the issues are, you are not even getting there,” he added.

Mr. Agyemang Boadi said he will facilitate a dialogue between the small scale miners and Anglogold Ashanti to find a lasting solution to the recurring problem.