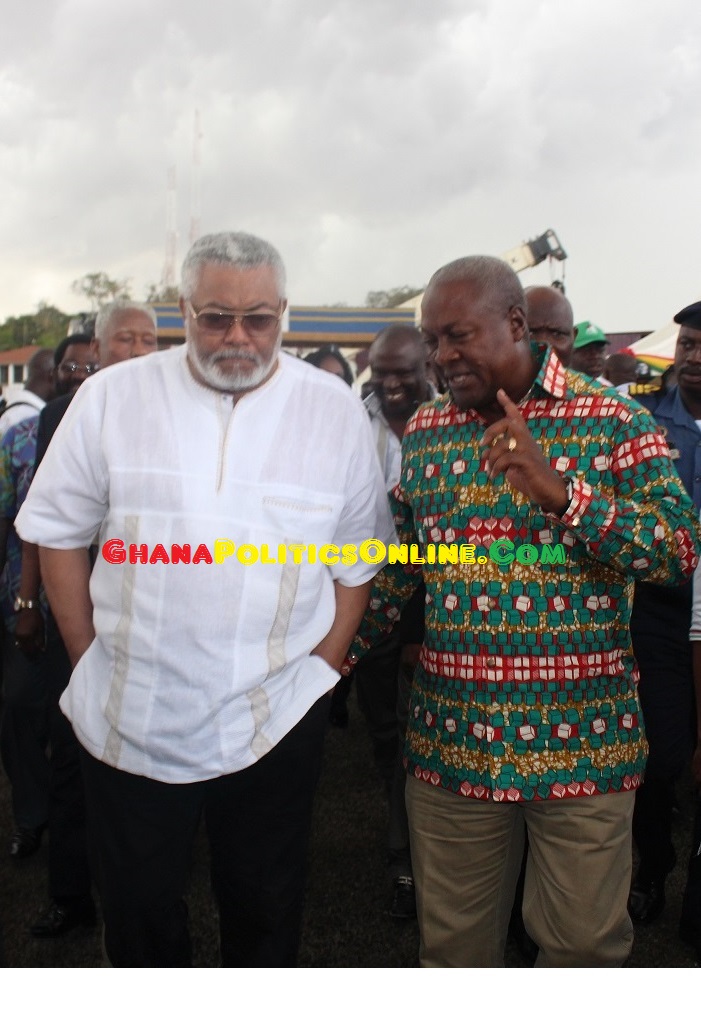 Former President Jerry John Rawlings has said he wished he could say he was taking over the main opposition National Democratic Congress (NDC) as being rumoured and claimed that he plans doing.

“I wish I could say yes, but I think it sounds better in my ear to say that I want God to come and lead us because of the integrity factor. God can be found in the truth,” Mr Rawlings said on Thursday 26 January when the Volta regional caucus of the party in parliament called on him at his office.

He bemoaned that integrity had been “held hostage” in the NDC and, thus, urged the party to, in candour and truthfulness, seek answers to its loss in the December 2016 general elections.

The founder of the NDC charged the Volta regional caucus to restore integrity within the NDC, which he said had suffered.

“It has been ambushed and held hostage. The time has come to free the truth,” the ex-military leader told the caucus members when they called on him at his office.

Mr Rawlings called for sincerity in speech, thought and action as the party probes its loss. “The time to free the truth is now,” he said.

The former president said the misuse of executive power by some people had, with time, led to the detachment of the party from the people, stating the intoxicating effects of power had made many leaders of the party and government impervious to reality. “We adopted certain habits which were going to lead to failure and we were not seeing it. The mistakes were too obvious,” he stated.

The Member of Parliament for Ho West, Emmanuel Kwasi Bedzrah, who led the delegation, thanked the former president for the audience and indicated that the purpose of the meeting was to open channels of communication so they could tap into his rich experience.