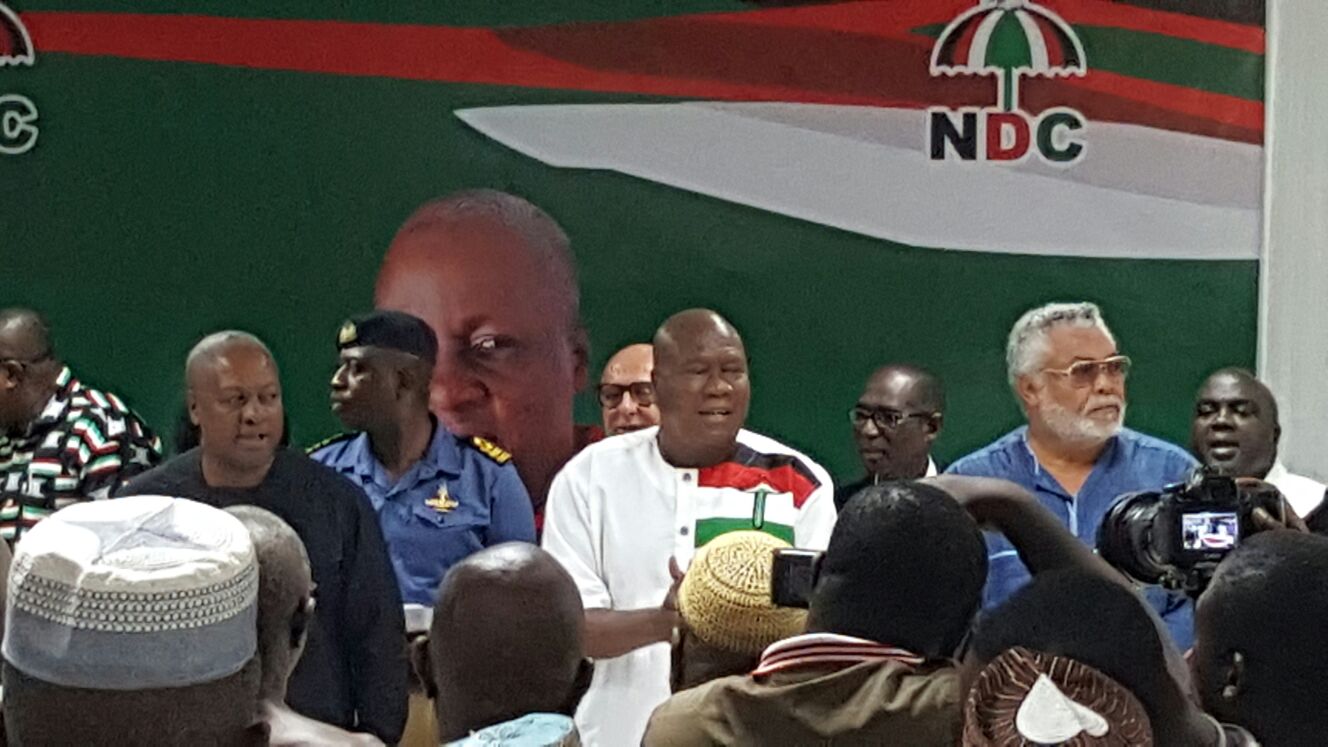 President John Dramani Mahama has predicted a one touch victory for the ruling National Democratic Congress (NDC) in the upcoming presidential elections.

The victory he said will usher him into his second term as President of the Republic of Ghana.

President Mahama was speaking at the 24th-anniversary celebration of the umbrella family at the party’s national headquarters at Adabraka, Accra.

The opposition New Patriotic Party (NPP) says a majority of the Ghanaian electorates are eager to vote massively for the main opposition party and make Nana Addo Dankwa Akufo-Addo the next president of Ghana.

According to the campaign manager of Nana Akufo-Addo, Peter Mac Manu, Ghanaians have decided to vote massively for the NPP due to the failure of the current administration to transform their lives.

“NPP is coming back to power and nobody, whether the Electoral Commission, the police or gangsters, can stop the NPP from clinching victory in the country’s upcoming general election. “I am saying this because wherever I have been to in the country, majority of the people are determined to vote for the NPP; and the voice of the people is the voice of God, and no one can stand in the way of God.”

But addressing party supporters who had gathered at the party’s headquarters Friday morning, President Mahama said ”this is another one touch victory in the upcoming November 7 elections. This victory will usher us into the second term of my Presidency,” a hopeful Mahama stated.

He commended party supporters for entrusting the party into his hands as the presidential candidate.

According to him, “the enthusiasm of party supporters invokes two feelings, one of humility and responsibility. Humility in the sense that, you have found me worthy to lead this party and represent you as the flagbearer among the many highly qualified men and women of our great party. It is an honour of which I very humbly accept,” he said thanking the party supporters.

He urged the party also to work hard, unite and campaign vigorously to clinch that one touch victory