Ghana’s President-Elect, Nana Addo Dankwa Akufo-Addo has indicated that he will issue guidelines to ensure that there is fiscal discipline in the usage o public funds.

Nana Addo explained that the current fiscal regime is weak and allows public officials to mismanage the country’s scarce resource at the detriment of the poor and vulnerable in society.
He said that even though there are monetary policies, the fiscal and financial directions of government lack such oversight institutions to enhance accountability.

“To reinforce monetary discipline the Bank of Ghana Act 2000, Act 612 established the monetary policy committee (MPC) to guide the implementation of monetary policy. The other two pillars; fiscal discipline and financial stability have no such institutional anchors,” he said.
Nana Akufo-Addo who was speaking to the leadership of the Private Enterprise Federation (PEF) stated that “fiscal indiscipline has been the bane of economic management in the country”.
“To address this, IMF recently insisted on the passage of a Public Financial Management Act. However, the law as enacted is woefully inadequate because it lacks the key elements that will protect the public purse from abuse,” he said.

“Fiscal policy implementation as it stands now lacks three basic elements; the absence of a transparent institutional arrangement for providing quality fiscal information to the public , the absence of a mechanism for ensuring accountability in implementing optimal fiscal policies to guarantee the stability of the system and the absence of an institution to ensure the credibility of fiscal projections provided by the government, to address the problem of the current high public debt levels and the country’s high risk of debt distress,” he added.
He added that an NPP-led government under his leadership will undertake major reforms to make public officials incorruptible. 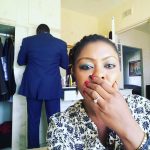 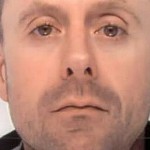