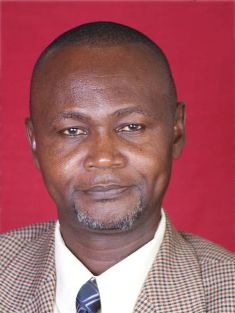 Former Member of Parliament (MP) for La Dadekotopon, Nii Amassah Namoale has served notice of his readiness to contest the flagbearer slot of the National Democratic Congress (NDC) in 2020.

The former Legislator speaking on Adom FM’s Morning Show, ‘Dwaso Nsem’ Tuesday said he is prepared to lead the party into the 2020 elections and would gladly contest the flagbearership slot when nominations are opened.

“2020 Nii Amssah Namoale would contest for the presidency if Professor Joshua Alabi is not contesting…,” he said.

Nii Amassah Namoale however stated that he would rescind his decision to contest for the presidency if Professor Joshua Alabi decides contest to become the flagbearer of the NDC.

Namoale is famous for his utterances on radio some of which are declared controversial.

Nii Amasah Namoale (NDC) was born on July 14, 1958 and hails from La-Accra in the Greater Accra region.

He holds an MPhil (Agronomy) from the University of Cape Coast, Ghana, which he obtained in the year 2000.

He served in the Ministry of Food and Agriculture as Assistant Director before he became MP. A member of the majority and a representative of the NDC. 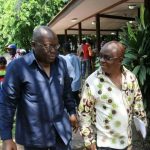