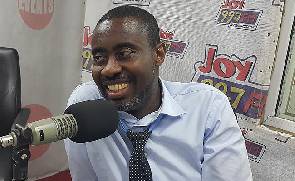 think the Inspector-General of Police is spot on with his diagnosis that social media is a potential for chaos on Election Night.

However, it is his prescription: shut it down” that I disagree with, because it ignores the fact that it could also be a completely invaluable tool for the dissemination of proper information on Election Night.

But the IGP is right to be concerned. Why? Because of someone like you reading this piece! Yes, you…, and me.

Some of us are The Wicked – those who sit in the comfort of their homes or some party office, paid or otherwise encouraged to concoct stories based on lies and half-truths, and then broadcast/splash them on social media for diabolic purposes. Many of such are party foot-soldiers, party communicators and ‘youth’.

Election Nights are their cocoa season. These are the ones we should watch out for because they portend trouble and chaos at any time, not only on Election Night.

Then we have The Idiot – those who believe that everything on the internet and social media is true, and so simply forward all the rubbish generated by The Wicked.

I am guilty as charged; happened to me a couple of times. Guys, before you forward anything, pause, check, crosscheck and think. The fact that, say, ‘Al Jazeera’ appears at the foot of a message doesn’t mean it is true. Copy a few key words from the message and google it. If it doesn’t check out, don’t forward it. But there are 2 rules for people prone to such idiocy. First, If it’s too good to be true, it’s too good to be true. Second, think – it’s free!

Then we have the Wicked Idiot– those who know that the story generated by the wicked is false, yet will forward it to others just to cause maximum damage. These are the worst of the three, and the hottest part of the devil’s hell is being quadruple heated and reserved for them.

But my view is that – blocking such an invaluable tool as social media is like saying that because knives may be used to commit murder, we should ban all knives and then use our teeth to peel plantain. That doesn’t work.

And you are likely to run into serious, difficult or unsurmountable legal challenges. And technically, it won’t work. Look, you can’t ban VPN. You can’t ban SMS. You can’t ban phone calls. You can’t ban face-to-face conversations. You can’t ban the transmission of information by word of mouth. When you try this, what you seek to suppress becomes deadlier than you thought, and gains even more and undeserved ‘credibility.’

In the absence of news, any news becomes news.

What are my suggestions? Off the top of my head, only five:
1. Papa Police, don’t cut us off. Involve us. The good people are more than the Wicked, the Idiots and the Wicked Idiots. Identify people with reach and influence on social media, engage with them, and use them to spread the truth and shame the false. Many Ghanaians would be proud to work with the police for a day.

2. Set up a Police Social Media outlet for the day on Facebook, Instagram, Telegram, Whatsapp etc. Circulate the access and hashtag. Encourage Ghanaians to forward all disturbing messages to you. Then move quickly to counteract.

3. Strengthen the traditional media to counteract any such devilish wickedness. Make it easy for them to hire as many people as possible to work for them on Election Day. Allow them early voting, so that they can spread out as widely as possible on the day to do their work. They tend to give out more credible information, for the most part.

4. Traditional media houses should collaborate widely with each other on the day. Being the first to break bad and false news just makes you an idiot. Check with your sister networks first, verify.

5. Let’s name and shame. If someone sends such information to you, name him, classify him, and tell others about it. “Kojo Mensah, an IDIOT, is sending false messages around. Avoid him.”

Do you have any more suggestions?