I find it very amazing when I listen to radio stations both in Ghana and America and people are still arguing that Nana Akufo-Addo is not corrupt and has never corrupt. They sit on radio and say all those nonsense when in fact, Nana Akufo-Addo has proved beyond all reasonable doubts that he is one of the most corrupt politicians we have in Ghana now. I don’t really know if such people don’t know what corruption is or they are just ignorant. Mostly, ignorant people make serious argument when they don’t know what they are arguing about. In the case of Nana, they are either blinded by politics or something very strange.

When it comes to whether Nana Addo is corrupt or not, let’s not look very far. In the just ended Flag bearer contest of the NPP, Nana Addo had to corrupt the 140,000 delegates with GHC600,000 to force them to vote for him. The intent was to create the impression that there is unity in the party by securing 98% of the votes. The party executives insisted that the party was not “broke” but the Nana camp led by Kwadwo Owusu Afriyie, aka, Sir John made the world to think that the party was indeed “broke,” and it needed a “savior” to get the elections going forward. Three hours after Sir John made the appeal to Nana Addo on Adom FM, monies were already being distributed to the constituency executives from the camp of Nana Akufo-Addo. Mr. Paul Afoko did the same thing for Alan K. at Legon and he was slapped.

The reason why I call this move by Nana Akufo-Addo as bribery and corruption is that Sir John said the PARTY was “broke” and instead of the money going through the party headquarters, it went directly to the constituency executives to be distributed to the delegates. In addition to the money given to the delegates, Nana Addo added a letter signed by him urging the delegates to vote for him. Meanwhile, the money and letter exchanged hands on the day that the National Executives of the NPP had banned any form of campaigning. An aide to Hon. Addai Nimoh (one of the contestants) by name Patrick Kofi Addo summed the whole bribery and corruption saga in a nice way. He said on citifmonline.com and I quote, “Today, if I’m going to vote and you call me aside and give me an envelope with a letter convincing me to vote for you with money in it, it is campaigning; you’ve breached the laws. So that candidate can be disqualified, he should be.” So why was Nana Akufo-Addo not disqualified? Where are all the wise and brave men and women in the NPP? Where are the Peter Ala Adjeteys and B.J. Da Rochas? Can Nana Akufo-Addo say that he gave GHC600,000 to the party? If not, why? If yes, does he have any records at the party headquarters to proof it? So who are those still arguing that Nana Addo is not corrupt?

Also in another strange circumstances, Nana Akufo-Addo, in 2001 as Attorney General wrote to Ghana National Petroleum Corporation (GNPC) to dispense with the services of lawyers representing GNPC in their case involving Soceite General and compelled them to refer the Discovery 551 Drill Ship matter to the Attorney General’s office, only to deliberately abandon the defense of the case in a London court. This opened the door for Soceite General to obtain a judgment debt of $19.50 million in the undefended case which resulted in the sale of the Drill Ship. The revenue from the sale of the Drill Ship was $24.00 million. There was therefore a profit of $4.50million, out of which $1.00 million was used for legal fees. The rest of the $3.50 million was alleged to have been paid to the Ministry of Finance and Economic Planning. As you read this article today, the existence of the $3.50 million has never been established. The Chief State Attorney, Mrs. Dorothy Afriye Ansah, told the Judgment Debt Commission in Accra and I quote, “We are unable to locate files. We are still looking for the documents.” Is it also an interesting coincidence that when Nana Akufo-Addo had to sell his family property in Accra, he sold it to none other entity than Societe General? So who are still arguing that Nana Addo is not corrupt?
At the Tamale Congress, the previous National Executives of the NPP led by Jake Obetsebi Lamptey were voted out due to corruption. It was alleged that they sold all the bicycles, motorbikes, and took away cash that belonged to the party. Now, Nana Akufo-Addo was the leader of the party at that time. So why couldn’t Nana stop Jake, Sir John and the rest from corruption? There is an adage which literally says that an old man who sits in the house for little children to eat viper, when viper eaters are counted, the old man is counted as one of them. So who are those still arguing that Nana Addo is not corrupt?

There is also the case that when Nana Akufo-Addo was the Foreign Minister under President Kuffour, 12 diplomatic passports went missing under his watch. The other 11 passports have still not been found but one of those passports ended up in the hands of a Ghanaian cocaine dealer, who was arrested in Singapore. So again, if Nana Addo, as a Foreign Minister could not account for all passports in his ministry, how could someone still be making the argument that Nana Addo is not corrupt?

Nana AkufoAddo, who has never corrupt, one time attempted to bribe the former Municipal Chief Executive for Tamale, Dr. Muhammed Amin Anta and corrupt his team with five thousand dollars ($5,000.00) Dr. Anta was again offered three attractive positions to choose from in Nana’s government. Nana Addo forced Dr. Anta to collect the bribe and when he refused to take it, Nana Addo suggested to him to give it to his team because his team mates will need it. I mean, how far can anybody be corrupted this way? The list goes on and on and on……

Ladies and Gentlemen, there are those who still argue that Nana Akufo-Addo is not corrupt because they don’t know him. Some have been given GHC5.00 to just shout “Nana all the way” without even knowing which WAY they are shouting about. Others have also reduced the corruption debate to one of political convenience. Unfortunately, there are those who see President John Dramani Mahama as fighting corruption and so he is corrupt. In Ghana now, when you are fighting corruption, it means you are corrupt, but the one who allowed Jake, Sir John and others to get away with corruption is not corrupt. When it comes to fighting corruption, I will say on authority that Nana Akufo-Addo has no record to show even though he had lots of chances to have fought them.

For the first time in the history of Nana Addo, when he gave his victory speech, the words “bribery and corruption” were not mentioned. Nana Akufo-Addo has lost the moral authority and grounds to talk about bribery and corruption in Ghanaian politics. His two hands, two legs, and head are all deep in bribery and corruption. If Nana was going to bribe his way into the flag bearership position and told his NPP people to forget it as corruption, then he has made the biggest mistake of his political career. Some of us will not let it just go away. We will keep reminding Ghanaians how corrupt Nana Akufo-Addo is until he is retired in 2016. After all, President Kuffour was not corrupt until he became the President in 2001. If Nana Akufo-Addo in opposition is bribing and corrupting people left, right and center, do we have to risk and let him become President and sells our country away? Listen, Nana Addo is one of the most corrupt politicians in Ghana now and that fact should drop deep into your head. I hope it does. 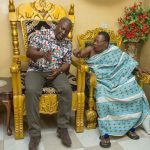 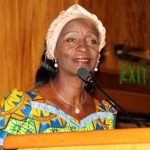