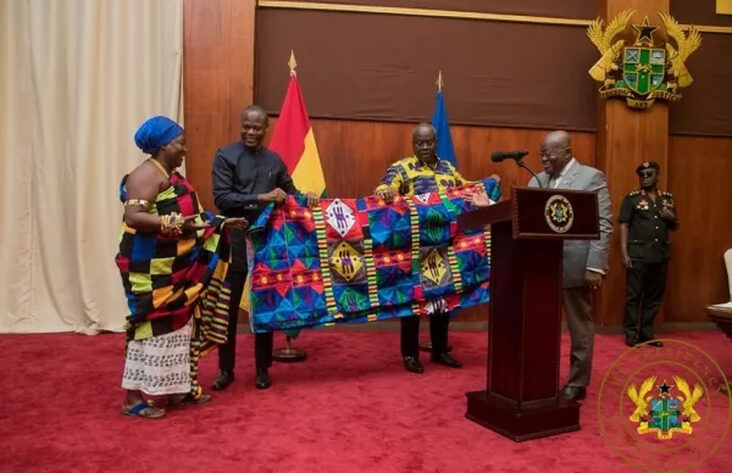 The President of the Bono Regional House of Chiefs, Osagyefo Oseadeayo Agyeman Badu II has on behalf of the Chiefs and people of the Region expressed gratitude to President Nana Akufo-Addo for the prompt completion of the first phase of the Sunyani Airport.

“Nananom are rightly informed that Phase 1 is now fully complete and will be fully functional after it is officially commissioned,” Agyeman Badu II said when he led a delegation of the House to pay courtesy call on President Akufo-Addo at the Jubilee House in Accra.

“Mr. President, we thank you for the re-construction works on the Sunyani Airport. Sometime past, we all remember the deplorable state of our airport. It took the shine off our region significantly. That’s is why we are here to thank you”, he emphasized.

On other government policies, Oseadeayo Agyeman Badu II also said “We as Chiefs and the citizenry, have all been massive beneficiaries of the Free Senior High School Policy. The 1D1F has also been of great benefit to us as well. In fact, Mr. President, I will lose focus if I begin to enumerate all the developmental projects that you have undertaken, and continue to undertake for the good people of this country”

Using the visit to address a number of issues in region, the President of the Republic, Nana Addo Dankwa Akufo-Addo, disclosed that Passion Air has already indicated its readiness to fly that route and that Phase Two works on the Airport will be captured in the mid-year budget with works scheduled to begin in July.

On roads, he said, “the total road network in Bono is 4554km. These include Trunk roads, Urban Roads, Feeder Roads. 81 road projects are currently ongoing in the region with 19 of them being most active. These include the Menje – Bui Road, Sunyani Inner City Roads; which is under the Sinohydro, Antwi kurom – Adiembra – Bakoniaba Road, Droboso – Kenyasi – Akrobi Road, Wamfie – Adiembra Phase One, Upgradiing of Nkran Nkwanta – Kaase Road, Dormaa Ahenkro – Nkran Nkwanta and Nkran Nkwanta Town Roads.”

He added that, Asphaltic Overlay of Dormaa Ahenkro roads, Wamfie -Adiembra Phase Two and Seketia – Goka roads are all part of the 81 ongoing roads. Though some of the others have stalled due to payment challenges that we are trying to resolve, the 19 active roads represent 262 km of roads whilst the 81 roads represent 1210 km.

“The lecture block at the Dormaa Ahenkro campus of UENR is 95% complete, just as the other blocks intended for Offices, laboratories and IT Auditorium are about 60% complete. So, some of the infrastructure there is being put in place and will provide us with the opportunity for more. The Foundation Stage of the Lecture Hall and Theatre at the Sunyani Campus is being addressed at the moment, library is 70% complete, Office Block is 70% complete, with the new school gate also at the same level of completion. It is hoped that by the end of this year, all of that part of the UENR will be completed. The Minister of Education and I, will look at raising the needed financing to work rapidly on the Nsoatre campus.”

On the expansion of the Coronation Park, President Akufo-Addo stated that a meeting was held today by the Ministry of Sports and CK Engineering Company; who have produced the designs of the proposed Sunyani Sports Stadium. The idea is of a 15000 capacity stadium, plus the financing arrangements. 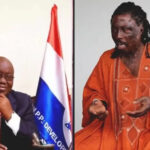 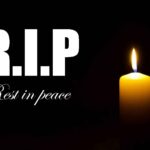