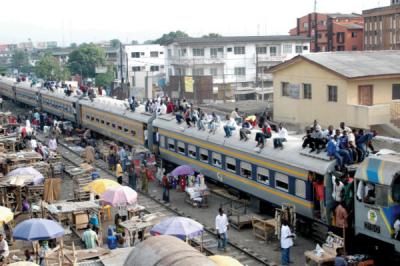 Striking railway workers have reiterated that they will not call off their industrial action until all their demands are addressed by government.

The Railway Workers Union announced the withdrawal of passenger services from Accra to Tema and Accra to Nsawam in December following government’s failure to pay their three-month salary arrears.

According to the General Secretary of the Railway Workers’ Union of Ghana, Godwill Ntarmah, despite assurances that they would be paid on Christmas Day, those promises had not been kept.

“Nothing has hit our accounts yet. We are not interested in reasons, all we need is our money. Even though we know they are working something out for us, it hasn’t come out yet. So until it turns into cash for us, we don’t take it seriously. We sent out a notice on December 3 and we keep on hearing that they are working on it,” he lamented.

The Railway Workers Union also demanded the immediate dissolution of the board of directors of the company and salary adjustments for the workers before they consider calling an end to their strike.

“Let’s get the money and get the board dissolved and then we’ll go back to work, that’s our demand. If our demands cannot be met, something should be communicated to us so that we discuss and see how best we can resolve the issue. But nothing concrete has been told us.”