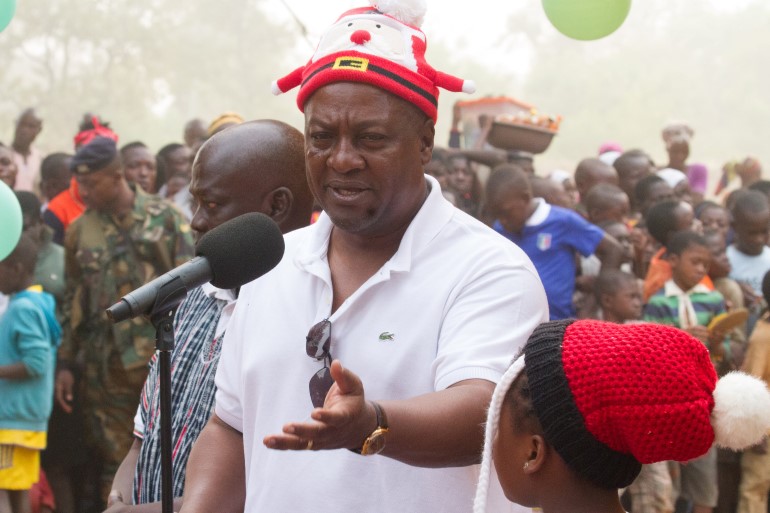 Outgoing President John Mahama has said his work as the leader of the country would come to an end at midnight of January 6 when he would hand-over power to the incoming President.

He promised to work in the interest of Ghanaians to bequeath a nation that is united, peaceful and stable to his successor Nana Addo Dankwa Akufo-Addo.
The President has suffered backlashes from sections of Ghanaians for some key decisions he took after his defeat in the country’s presidential poll on December 7.

He appointed Jospeh Akanjolenur Whittal to head the Commission on Human Rights and Administrative Justice (CHRAJ) and Josephine Nkrumah as the new Commissioner of National Commission for Civic Education (NCCE).

Representatives of President-elect’s transition team were displeased with the action of the President, lamenting it was done in bad faith.
Spokesperson of President-elect’s team, Kojo Oppong Nkrumah said President Mahama’s last minute decision contradicted an agreement the outgoing and incoming governments had reached.

“We have taken notice of this appointment and subsequent approval.Contrary to the gentleman agreement in the last Transition meeting the NPP was not consulted,” he told Joy News on December 20.

But speaking to representatives of the Ghana Catholic Bishops Conference at the Flagstaff House Wednesday, President Mahama said that although he had lost the presidential poll, he remained the leader of the country.

“Our democracy is evolving and so there are some constitutional issues that definitely has come up as to whether a President is still a president even after he has lost an election until the midnight of the inauguration,” he said.

He believes the answer to the question of whether a President could take decisions after he has lost an election would be best answered by either convention or legality.

“I inherited a peaceful and stable country from my predecessor, the late President John Evans Atta Mills,” he said promising to leave same for Nana Akufo-Addo.

“We are looking forward to the inauguration. The transition has gone smoothly so far and we have engaged each in utmost good faith.”