He said the project would help his government’s decision to formalize the Ghanaian economy through national data.

His government would coalesce the various national identification documents such as the National Health Insurance Scheme (NHIS), Passport, and the Drivers and Vehicle Licensing Authority (DVLA).

The National Identification Authority (NIA), an institution set up by erstwhile President John Kufuor in 2003 was to provide storage, protection, and management of the identities of Ghanaians and foreign nationals in the country.

However, the system has been ineffective for the past eight years, a development which many have labeled as a consequence of failing to continue what a political opponent has started.

Former NIA Executive Secretary, Professor Kenneth Attafuah, expressed worry that the Authority has been unable to complete the registration process after a lot of money has been invested in it.

He blamed it on a steady politicisation of the national identification initiative.

Contributing to a programme on Joy FM in July 2016, the criminologist said the failure of the system is one of the colossal miseries of the country.

He wondered why such an initiative could not be managed in order to sustain a credible national identification programme.

The malfunction of the Authority was one of the messages of the New Patriotic Party (NPP) in the lead up to the December 7 polls.

The party has accused the governing National Democratic Congress (NDC) of neglecting the Authority to the detriment of the country.

But Nana Akufo-Addo who defeated incumbent President John Mahama in last two weeks election said he would retool the Authority to work again.

He said his government would also work on the tax regime from the current system which he said “is choking businesses” to a more friendly one that creates jobs.

“The new administration will shift the focus away from taxation to production,” he said, adding, “we intend to make Ghana work again.” 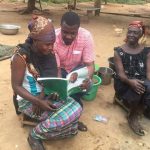