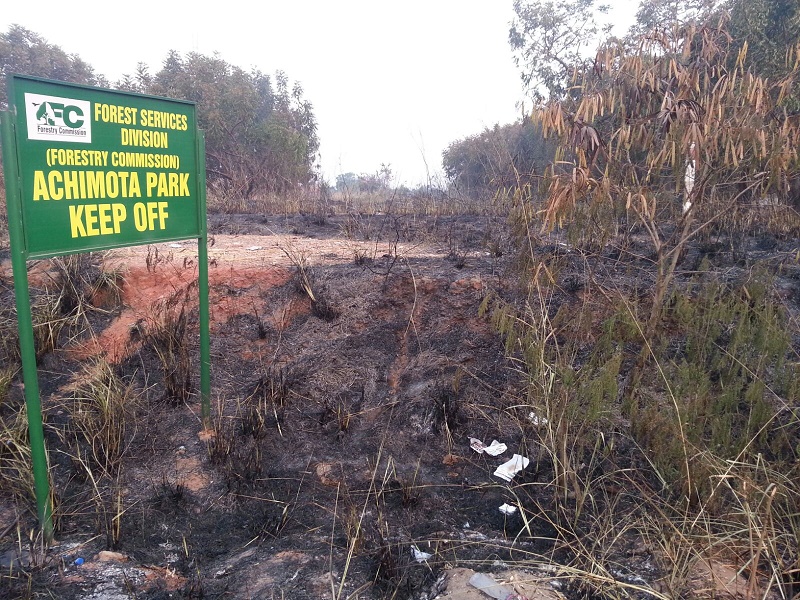 According to her, the men have turned parts of the forest into a place of abode and countless efforts to get them out of the forest have proved futile.

Fire yesterday gutted parts of the Achimota Forest reserve but for the timely intervention of Fire Service personnel, the Police and volunteers, larger tracts of the forest as well as offices around including Achimota Police station would have been burnt to the ground.

Mrs. Ansah told Asempa FM Friday that the blaze which started around 2 pm Friday afternoon consumed about 1.5 hectres of the forest.

No arrest have been made since the ‘wee smokers’ managed to disappear when the situation became serious.

“Wee smokers invade the place to do all sorts of things and I believe that is the number one factor of this fire outbreak” she stated.

She said security measures have been put in place to ensure that unknown persons do not invade the forest.

The forest reserve also serves as prayer camp and training grounds for some security companies. Achimota Forest Reserve has a total size of 16.2 square kilometres.