The Minister-designate for the Interior, Ambrose Dery has warned that he would not tolerate any unprofessional conduct and inhumane practices by personnel of the Ghana Police if given the nod.

Appearing before the Appointments Committee of Parliament on Saturday, Mr Dery said the government under Nana Akufo-Addo will ensure that security agencies operate within the law and “within the context of the human rights of the suspects.”
“A suspect is a suspect until convicted and we expect the security services, the Police and all those concerned to professionally do their work. “If there is the need to detain somebody beyond 48 hours, it can only be on the direction of a court. We will insist they respect the law, respect the rights of suspect until they are convicted,” he stated.

inRead invented by Teads
His comments were in response to a question by the Committee as to what he would do to ensure that suspects are not kept beyond the constitutionally mandated 48 hours.
play

The police in Ghana have often come under heavy criticism following some conducts deem as unprofessional, especially with regards to the disrespect of the human rights of citizens.

Some police officers have so far been arrested and prosecuted for engaging in some unlawful and corrupt activities.
But at the vetting on Saturday, Mr Dery assured the general public that he would work hard to maintain professionalism within the police service.
Mr Dery further said he would endeavour to put a stop to the practice whereby police officers mount road checkpoints ostensibly to extort money from drivers.

He also indicated that in order to enhance professionalism in the police service, there will be further retraining of personnel. 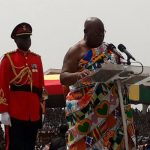 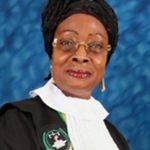