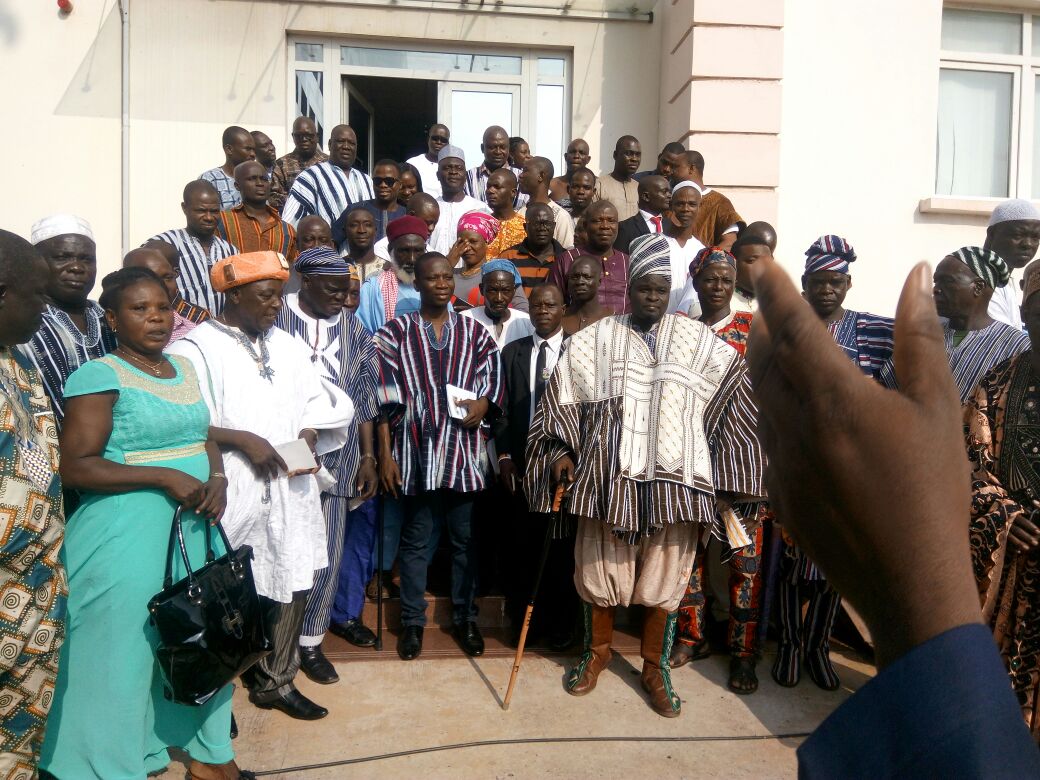 The Konkomba Chiefs who came in their numbers to support their son Hon John K Oti Bless when he faced the Parliamentary Appointment Committee have made various statements expressing their worry on the delay of the confirmation of their son’s appointment.

Speaking to some of the Konkomba Chiefs, they told Ghanapubliceye.com that, they will be very disappointed in the President and the Parliamentarians especially the majority caucus. According to them, they don’t think the President did not investigate their son before appointing him as the Deputy Minister for Local Government and Rural Development Designate, and so why on earth will they put their son and the entire Konkomba Community to ridicule?

‘’It will be a great disrespect shown to us if they disapprove him. We have to come all the way from our various communities to support our son for his appointment as a Dep Minister. We conveyed our people to come along with us to support him at the Vetting Committee because we knew perfectly that, all investigations have been made by the President before appointing him. I don’t want to believe he will be disapprove but if he does, they will hear from us’’ Kpassa Chief

Konkomba Sibi Chief also had this to say, ‘’We are not kids at all and so I am not sure they will call us to the parliament to disrespect us. In fact, this is my first time of hearing this kind of attack and vilification on an appointed Minister who is awaiting his confirmation by the Appointment Committee. I want to use your medium to appeal to the house to pass him out or else we won’t be happy with them at all’’ He stated.

Konkomba Chief – Binachipombor told this reporter, he is highly disappointed in the entire NDC Parliamentarians who are the Majority in the house. ‘’Is it that, they don’t love themselves or what? Majority in parliament are not able to use their numbers to influence the confirmation of their own? This is unbelievable. I just don’t want to believe this. Or this is a way of showing disrespect to the entire Konkomba Community? If not, then I don’t know why they could not investigate Oti Bless or even give him some tuition before he appeared before the Vetting Committee so as not to encounter any challenge? I see some foul play in this matter and so I want to caution them to do the proper thing before our people go angry’’ he expressed.

‘’I don’t want to make any statement now, let us wait and see the decision they will take first. Nobody can play on the intelligence of Konkombas. Let’s hope they do the right thing’’ Konkomba Damanko Chief.

Konkomba Sibi Chief also gave us his stands, ‘’I think the President knows what he is doing. He won’t call Konkomba chiefs to disgrace us. I am sure there will be a way out and so I won’t be quick to make a judgement’’ he said.

And speaking to the President of the Konkomba Youth For the NDC, Mr Believer Mumuni, he also had this to say. ‘’I am sure and confident in President Mahama that, he will never allow this to happen to Hon Oti Bless and not only him but the community where he is coming from. He will fine ways and means to make things happen. The Majority in Parliament should only look smart because, if they are not careful, they will allow the NPP to disintegrate the massive support our Group has been able to canvass for the President in the Konkomba Communities in this years elections. I still call on all Konkombas to believe in the NDC. It is the only party that has always been good to our interest. Let us show support for the President in this time and appeal to him to use his influence to make sure our Man comes out peaceful’’ He stated.