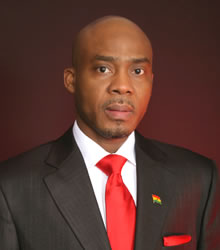 The campaign aide to the flagbearer of the New Patriotic Party (NPP), Musah Superior has rubished claims that some leading members of the party are deliberately ganging up against the National Chairman, Paul Afoko.

The party has been afflicted with protracted rivalry and mistrust as its National Council of Elders has requested the disciplinary committee, to suspend Mr Afoko until after the 2016 elections.

Speaking on Point Blank on Citi Fm’s Eyewitness News, Musah Superior insisted that the party is rather concentrating on its campaign to bring hope to the people.

He said “the claims that the party is working to remove the national chairman is false, it’s not true and anything that is not true is false.”

He said the party is instead organizing itself saying “we are on top of the party.”

Musah Superior said the party is solid at the grass root level and was hopeful that the NPP will wrestle power from the governing National Democratic Congress in 2016.