Voting has started in the by-election in Amenfi West in the Western Region.

Electoral materials, including ballot papers have already been dispatched to the various polling centres for the voting which commenced at exactly 7 a.m. prompt.

According to Starr FM’s Ibrahim Alhassan, the atmosphere is calm and peaceful for the election to take place without difficulty.

A total of 148 senior police officers and men are being deployed to man all the 102 polling stations across the constituency.

The by-election follows the demise of the National Democratic Congress Member of Parliament (MP) for the area, Mr John Gyetuah.

Candidates of the four parties, the New Patriotic Party (NPP), the National Democratic Congress (NDC), the Progressive People’s Party (PPP) and the United Freedom Party (UFP), on Monday wrapped up their campaigns to win the hearts and minds of the electorate.

The four candidates are Mr Abraham Kwadwo Buadee, a 41-year-old accountant, for the PPP; Mr Paul Derkyi, 43, a lawyer for the NPP; Mr Elvis Adjei, a 30-year-old Loan Administrator for the UFP; and Mr Eric Afful, a 41-year-old Economist, representing the NDC.

The Amenfi West Constituency is one of the oldest constituencies, since its creation, the constituency after the country returned to constitutional rule in 1992, has always voted for NDC until 2003 when the then NDC member, Mr Kofi Asante resigned as MP.

The by-election led to Agnes Samfo winning the seat for the NPP for the first time. The seat returned to the NDC in the general election in 2004 until the demise of Gyetuah. 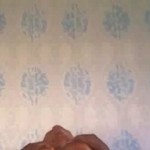