National Organizer of the ruling National Democratic Congress (NDC), Kofi Adams fears all the ongoing projects and the good works of President John Dramani Mahama will stall if the Mahama administration is not retained in 2016 to finish the projects it has started.

According to him, it will be a huge mistake to vote out President Mahama who has initiated all these developmental projects and replace him with another person.

Speaking on Okay Fm’s Ade Akye Abia Morning Show, Kofi Adams explained that a new government in place of Mahama-led NDC administration, will not share the same ideology and vision, thus, the new administration will scuttle the development paradigm which the NDC has taken.

“If you dare err to change someone who has brought these developmental projects and replace him with another person, you have disrupted that development paradigm which we have taken and everything will return to ground zero”, he asserted.

He, however, was optimistic that with all the good works that President Mahama has done and his economic vision for the country, he is more than convinced that Ghanaians will give Mahama his second term just as former President Rawlings and Kufuor were given the opportunity to complete their works respectively by serving two terms.

Attributing the achievements of President Mahama to his commitment to get things done even in difficult situations; Kofi Adams said the remarkable feat the president has chalked within just three years in office will certainly result in victory in this year’s polls.

“…I am more than convinced that what was done to President Rawlings and President Kufuor, he [President Mahama] also will get the same opportunity to serve his second term in order to finish the good works he has started”, he said. 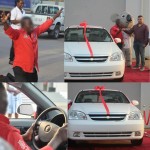 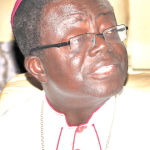