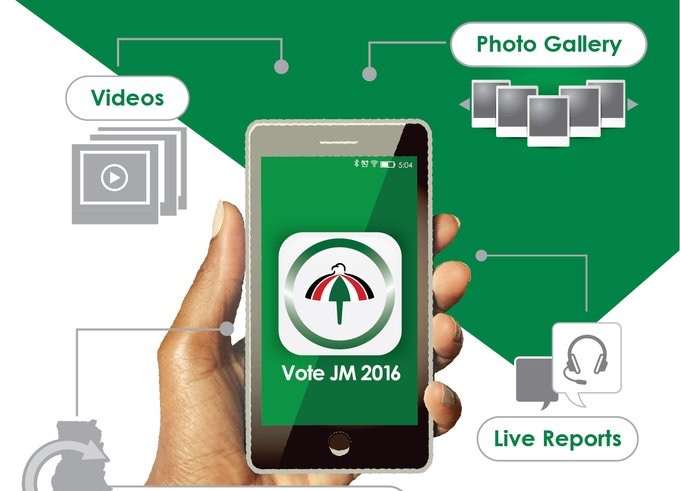 Ghana’s 2016 election race, has seen the most technological and digital campaign applications.

Major party communication has involved Social media, online news websites and the use of Apps; All applied in creative ways to reach the electorate and win their vote.

We have seen two great apps coming from their camp. The first was a photo editing app called IchooseJM. This helps users fit their picture into a declaration frame saying “IChooseJM”. They can then share it on their social media network.

The latest app, VoteJM2016, has been the most phenomenal. Having hit the 10,000 download mark in less than two months.

The App provides the electorate an intimate connection with the NDC and President Mahama. Users get to see The President’s and the Veep’ profiles. They have the opportunity to send in live reports. They also get to feast their eyes on the numerous projects achieved under President Mahama’s tenure.

Another hot feature of the app is the availability of the NDC Manifesto in an easy-to-read format.

NEVER before has a political party in Ghana, put so much effort and consideration, into the electorate’s information needs.

The App promises continued engagement through latest news and videos from the campaign trail as well detailed election monitoring on the election day.

The NDC, though a late comer into the Digital space, has shown great ingenuity in taking advantage of the digital era we are living in.