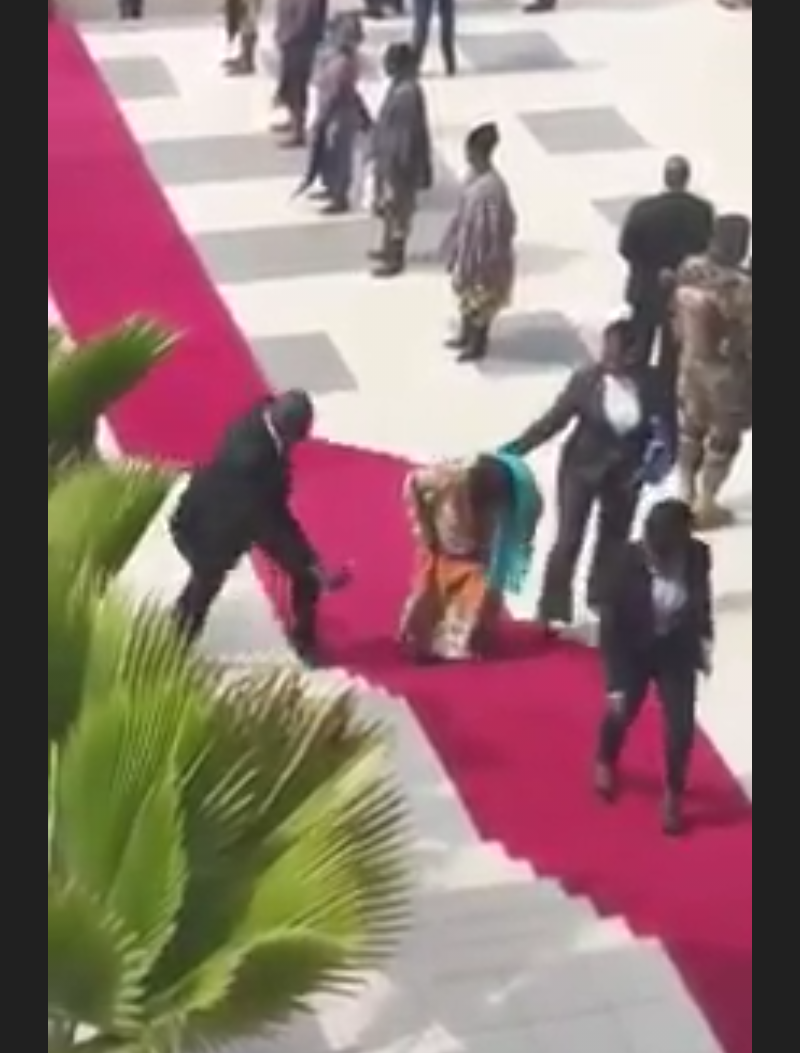 The first lady, Lordina Mahama, narrowly avoided falling when she tripped as she made her way into parliament to listen to the president deliver his final State of the Nation Address (SONA).

She stepped on hem of her dress and nearly tripped, but she skillfully rebalanced herself and regained her footing.

She then calmly made her way into the parliamentary chamber for Mahama’s speech.

Meanwhile, Stan Dogbe, a presidential staffer, was viciously attacked by some members of the National Democratic Congress (NDC) at the State House in Accra on Thursday.

Dogbe was returning home after attending the final State of the Nation Address (SONA) delivered by his boss, President John Mahama, to parliament when the NDC supporters accosted him as he made his way to the gate.

They angrily blocked his car and hurled unprintable insults at him while he sat in it.

Accusing him of contributing to the defeat of Mahama at the polls, the supporters described him as a wicked man and said in Twi language that God would punish him. 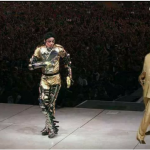 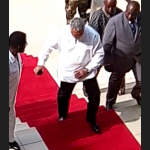