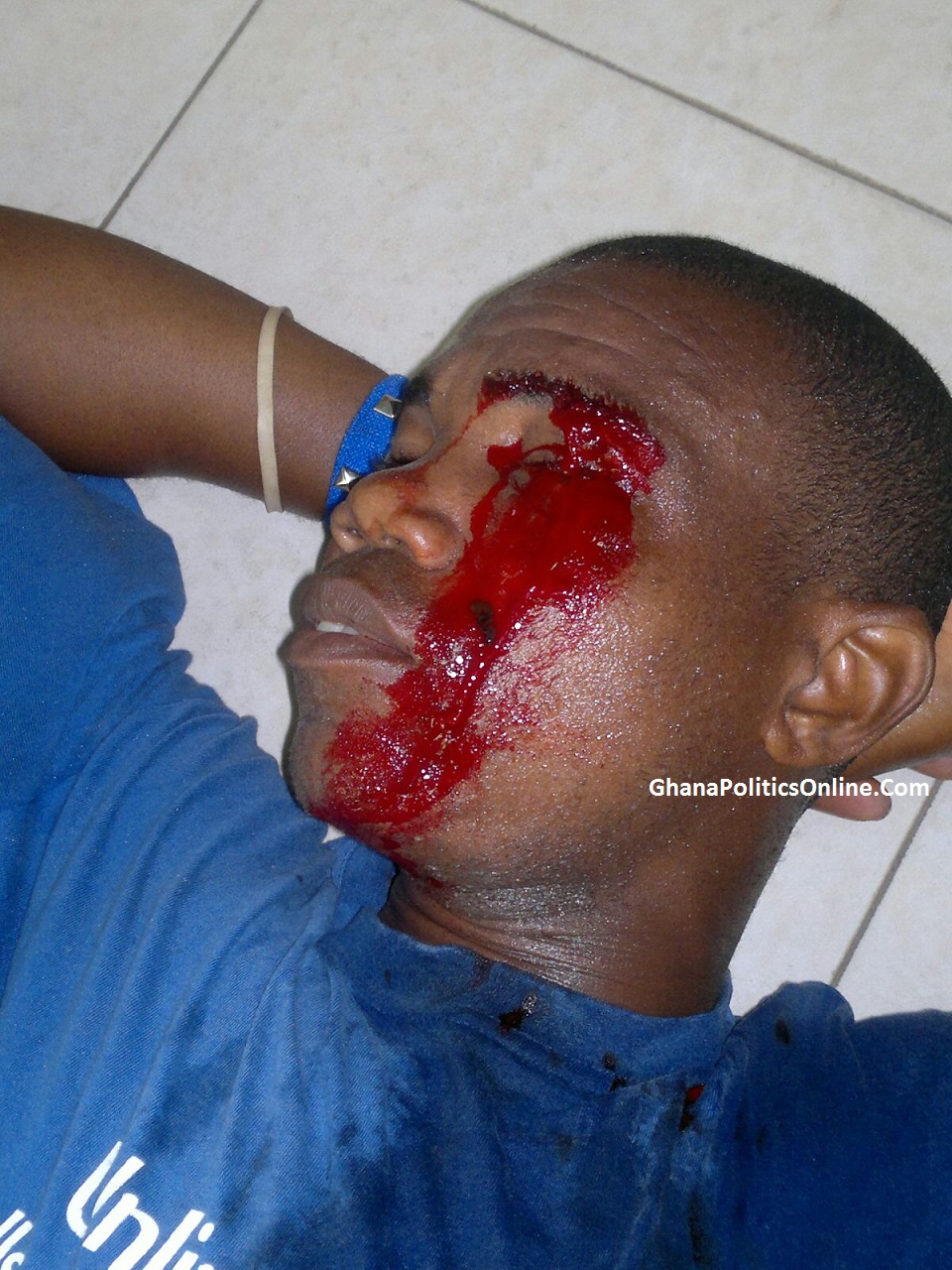 A victim of alleged police brutality in last Wednesday’s chaotic Let My Vote Count demonstration has lost one of his eyes.

Justice Adzakuma, 36, was hit by a stray rubber bullet said to have been fired by the police in an attempt to control the crowd.

Shots and videos taken on the day of the demonstration showed vivid pictures of police brutality against demonstrators who police accuse of being riotous.

Superintendent Cephas Arthur who is with the Police Public Affairs Department said the police had to use minimal force to control the crowd.

But that force has been criticised by a section of Ghanaians. Some claimed the police reaction was not proportionate to the crimes said to have been committed by the demonstrators.

Some were even more alarmed by the graphic pictures of police whipping, clubbing and stamping on defenceless demonstrators.

Justice Adzakuma was soaked in blood on the day of the demonstration.

He told Joy News in an interview he went to the demonstration to lend support for the change of voter’s register which they claim was bloated but was hit by the bullet fired by the police.

He said he was told by doctors at the 37 Military Hospital that he will never see again with his left eye.