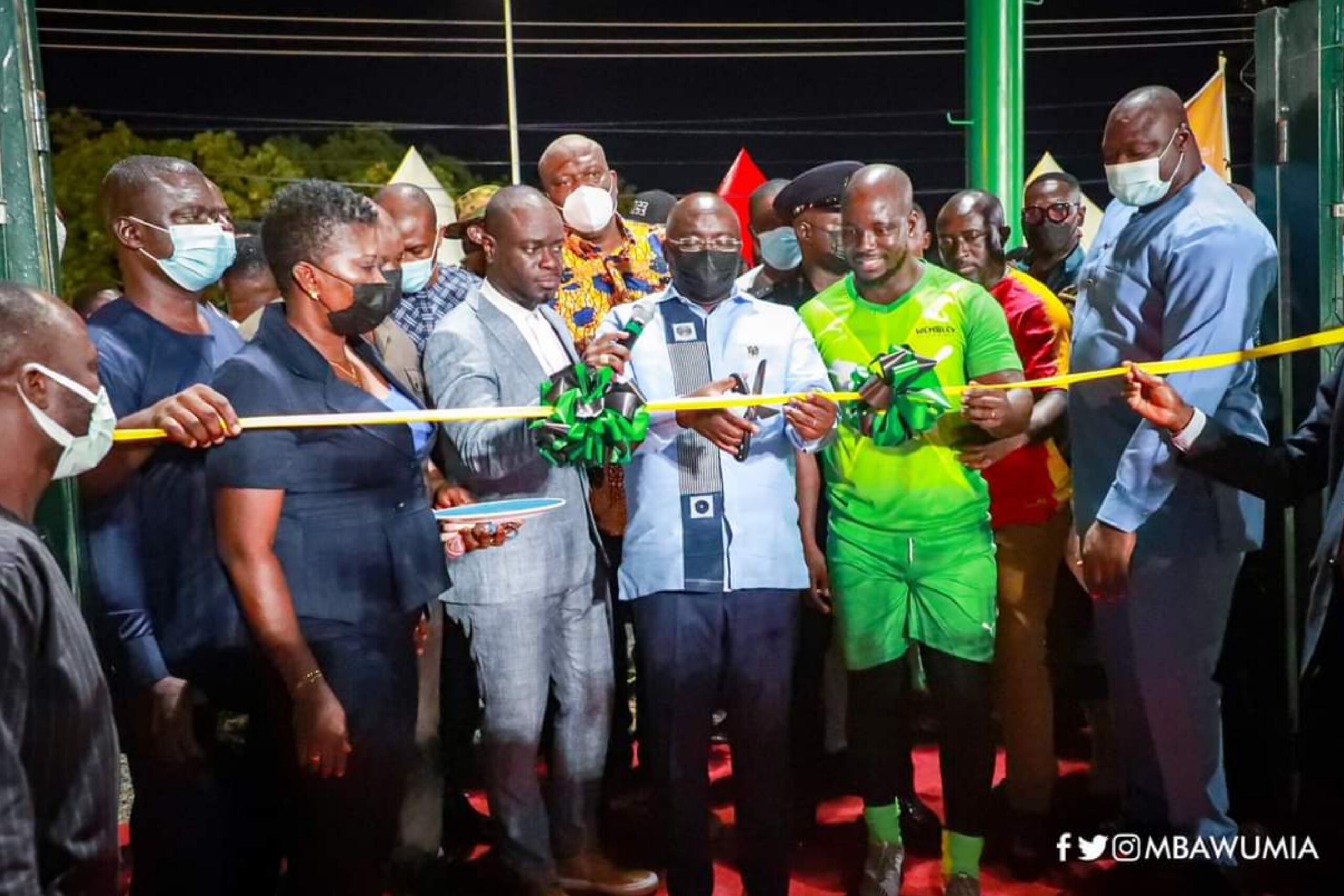 Vice President Dr Mahamudu Bawumia on Thursday commissioned a new Astro Turf for the Adjiringano community in Greater Accra.
He was joined by some dignitaries including National Football stars for the short ceremony

It is the 54th turf to be built by the Akufo-Addo government since it won power in 2017.