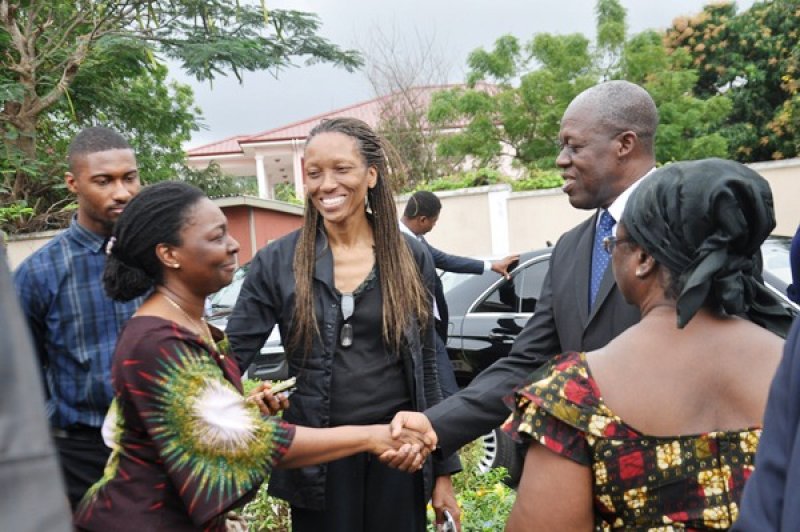 A government delegation led by the Vice President, Kwesi Amissah-Arthur this morning commiserated with the family of the late Dr.Mrs Mary Grant at her residence at Cantonments, here Accra.

He said the news of her death was a shock and a big loss to the nation.

Mr. Amissah-Arthur who served in the PNDC and NDC under the Rawlings administrations said Dr. Grant brought her calm disposition to bear whenever there was tension in government.

She also served as a reservoir of knowledge and was always ready to share her experience or offer advice.

The Vice President was accompanied by the Minister of Finance, Seth Terkper, MInister of Health, Alex Segbefia, the National Chairman of the NDC, Kofi Portorphy and a member of the Council of State, John Henry Martey Newman.

She held many positions including a Deputy Minister of Health, Minister of Education and Culture and a member of the Council of State.

Vice President Amissah-Arthur in the book of condolence opened at her residence in Cantonments, described Dr. Grant as an outstanding individual who contributed to the growth of Ghana.

He said Dr. Grant served the nation with humility.

Her judgement according to Mr. Amissah-Arthur was extraordinary and mentored many young people who served in government.

He said Dr. Grant has made her contribution and wished her well in the after life.

The family spokesmen, William Essilfie, said a tentative date for the burial and funeral has been fixed and it will be announced soon after consultation with the hierarchy of the Methodist Church.

He said to the family, Dr. Mrs. Grant was a role model par excellence.

Dr. Mary Grant passed on last Sunday at the 37 Military Hospital. She was 88 years.