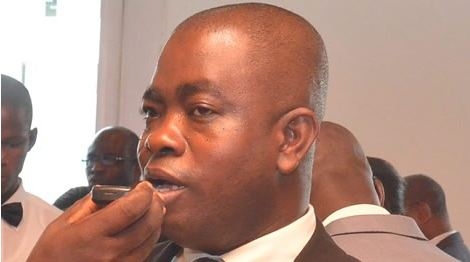 The Deputy Minister of Water Resources , Works and Housing, Sampson Ahi, has rubbished suggestions that more Ghanaians are now opting for sachet water because of the poor quality of water from the Ghana Water Company, and in some cases, the lack of access to water.

A 2014 Demographic and Health Survey report by the Ghana Health Service and the Ghana Statistical Service has revealed that 29% of Ghanaians rely on sachet water for consumption.

It revealed that 43 % of urban dwellers and 11 .8 % of rural dwellers respectively rely on sachet water while 23 % of Ghanaians resort to public tap or stand pipe for water.

“The most notable change in access to drinking water sources between 2008 and 2014 is the increase in the proportion of households using sachet water from 8% to 29% in the past six years,” the report said.

It also said: “the proportion of households that use drinking water from public taps/ stand pipe or tube well/ borehole has decreased from 57 % in the 2008 GDHS to 44% in the 2014 GDHS, most likely due to switching to sachet water in the latter survey.”

Despite the startling statistics, the Deputy Minister in an interview on the Citi Breakfast Show insisted government has invested hugely to ensure effective production and distribution of water in urban and rural areas.

Consumers of water have largely alleged that water from the Ghana Water Company is unclean hence their preference for sachet or bottled water.

Others have also adopted some methods to purify the water before usage.

But the Minister explained that Ghanaians are opting for sachet water because of their preference for it and not necessarily because the water from Ghana Water Company is unclean or that government has failed to improve access to portable water.