Former President John Agyekum Kufour has expressed confidence in the appointments made by President Akufo-Addo.

According to him, Akufo-Addo’s appointments and the introduction of some new ministries are part of his plan to ensure positive change in Ghana.

Barely a week after assuming office as President, Akufo-Addo has come under criticism over some persons he has appointed to serve in key ministerial positions and also introducing some new ministries.

But speaking to Citi News, former President, John Kufuor said Ghanaians must be interested in the delivery of the promises made by the President and not his appointments.

He therefore charged critics of President Akufo-Addo to judge him by the quality of his work and not the number of his ministers.

‘I am very confident in his team. Look, the country has assigned him a job. We should give him the free hand to do the job for us. We didn’t vote for nothing. We voted because we expect him to give solutions to us. And he says this is the way I can do the work. And you sit on the sidelines and say I won’t allow you to use the method you can use to give us the solutions. Is that what we want…Let’s measure him by the way he works?’ he argued.

Nana Akufo-Addo realigned some ministries and created some new ones including the Ministry for Inner Cities and Zongo Development, Ministry for Planning, Ministry for Business Development among others which has received a lot of criticism especially from the opposition National Democratic Congress (NDC).

But former President John Kufour believes the President must be given the free hand to fix his team.

He called on Ghanaians to measure Nana Addo’s performance instead of the number of his team “so let’s allow the President to fix his team and then let’s measure him by the way he delivers the results not the numbers.”

He had earlier named 12 people who will work at the Presidency as his administrative staff.

He is expected to name his regional ministers this week.

Parliament has constituted a 26-member Appointments Committee also known as Vetting Committee to vet the nominees for various ministerial portfolios from the President Akufo Addo.

The committee will be chaired by Joseph Osei-Owusu, MP for Bekwai and First Deputy Speaker of Parliament and Haruna Iddrisu, Minority Leader and MP for Tamale South as ranking member. 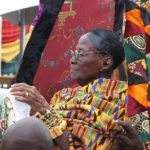