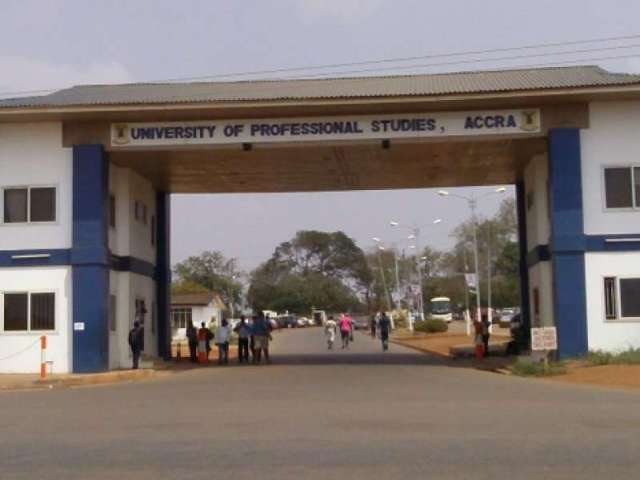 Students of the University of Professional Studies have staged a demonstration this morning, October 9, to demand the removal of a fuel station just behind the school.
This comes on the back of a gas explosion at Atomic junction on Saturday, that claimed seven lives and left several others injured.

The demonstration began at about 6:00am with over a hundred students demonstrating.

In a statement the Students’ Representative Council said “Due to the high number of casualties recorded by some students of UPSA, the executive council of the Students’ Representive Council (SRC) would like to by this notice inform the students of the University of Professional Studies, Accra declare a demonstration tomorrow, Monday 9th October, 2017”.

According to the students, the SEL fuel station posed great danger as it was too close to facilities being used by students.

The statement encouraged students to turn up for the demonstration even though there will be no lectures today.

However, the management of the University has said it will support the protest by the students of against the fuel station.

According to the head of environmental safety at UPSA, Maxwell Buaka, the top priority for the University’s management was the safety of the students, and that the Strategic Energies Limited (SEL) station at the site threatens that safety.