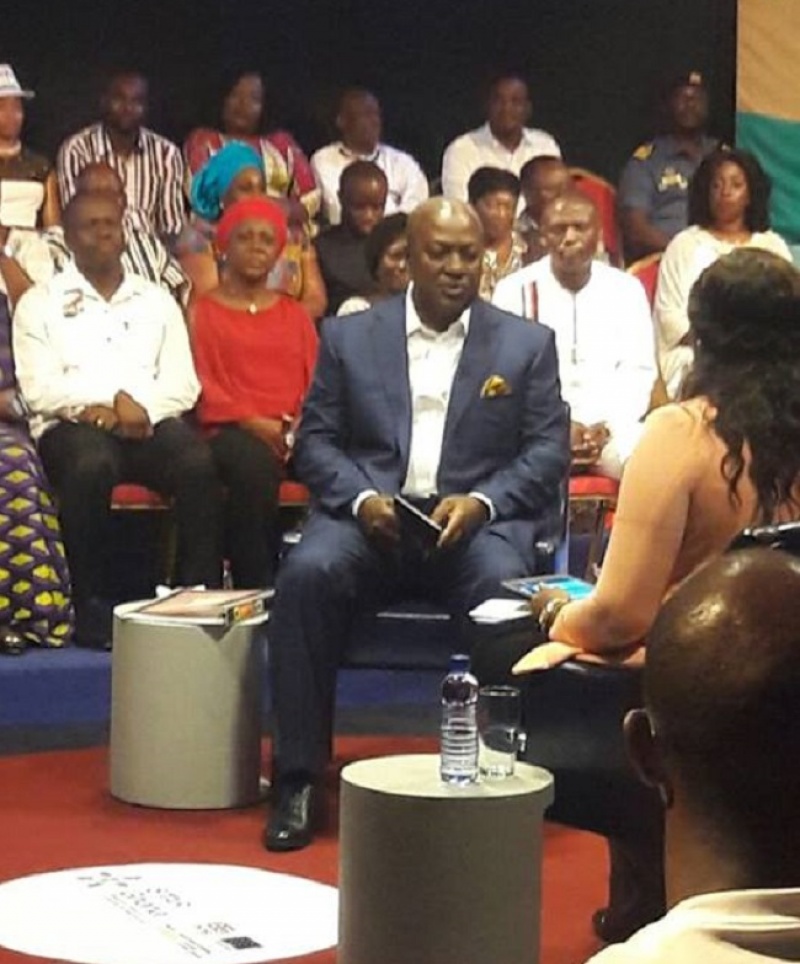 According to president Mahama, Technical, vocational training at the centre of his job creation agenda. That is why according to the president, his government are turning the polytechnics into universities.

President Mahama was outlining his vision on GBC’s presidential encounter on-going at GTV Studios in Accra and being broadcast live on 15 stations across the country.

First four have been the foundation of his government.

YEA training kayaye to be employable.

The 2016 Presidential Candidate of the ruling National Democratic Congress, President John Dramani Mahama has called for judicious use of disability common fund,

“Take advantage of Oil and gas sector. ….a lot of opportunities abound in Ghana.” President Mahama

“Ghanaians must avail themselves of the opportunities.” President Mahama.

The GBC One-on-One Encounter with Presidential Candidates is in partnership with the National Commission for Civic Education, NCCE, with funding from STAR Ghana.