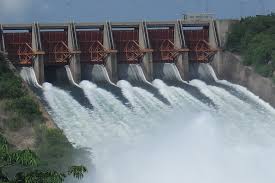 Friends, many thanks beyond words for your interest in my last article; I am exceedingly grateful. A lot of readers found the lessons on homophones useful, and I want to do something on punctuations this time around.

Even though Punctuations are taught right from basic schools, it is an area that some seasoned writers and academicians find difficult. In a formal letter writing for example, a colon (:) is used after the salutation “Dear Sir:” or “Dear Madam:” or “Dear Mr. Ampofo:” It is inappropriate to use a comma.Ghanapoliticsonlin.com

End marks: the three end marks are the period or full stop, question mark and exclamation mark. Whenever any of these marks are used, the next word must begin with a capital letter.

One other difficult area in punctuation is the use of the ellipsis mark (…) which shows omission of one or more words from a quoted material. If the ellipsis occurs at the end of a sentence, four spaced dots are used instead of three; one is the period or the full stop for the sentence.

I trust this lesson has been useful too. Now kindly let me go to my main theme for this article. As I explicated yesterday, our first president, Osagyefo Dr. Kwame Nkrumah went through a lot in the hands of opposition elements when he was president.

Whoever thought that some full blooded Ghanaians could sabotage the construction of a national asset such as the Akosombo Dam? But it did happen! Please brace yourself for the bombshell.

In 1958, the opposition having lost elections against Kwame Nkrumah’s CPP, Danquah and Busia travelled to the United States of America and informed the US President, General Dwight Eisenhower not to give any loan to Dr. Nkrumah to enable him construct the Akosombo dam.

While the U.S. government would not give Ghana a loan of $ 70 million, in 1958, to build the Akosombo Dam because of the lies these gentlemen peddled against Nkrumah, it gave Taiwan US$81.6 million. For four years, 1959-1962, America gave Taiwan a total of $471.7 million as grants. Imagine what Nkrumah would have done with that kind of money. But Danquah and Busia went and scuppered everything just because they were rejected by Ghanaians in three general elections. If this is not “abro” then I don’t know what else it is.

Nkrumah’s original concept of an integrated industrial project was curtailed. Later, the British government and Kaiser, a private Aluminium company helped Nkrumah with only 35 million pounds which was added to Ghana’s own Internally Generated Funds to finally build the Akosombo dam.

That is how unreasonable, inconsiderate and hoggish some people could be in their resolve for power. Yaanom, their descendants are still pursing the agenda of their ancestors.
Kikikikikikiki, is it true that GHC73,900 is missing from yaanom’s account in the Ashanti region? If it is true then it is not, not, not. Laa ilaaha illallah, even in opposition money dey missing waa-waa. Can we entrust the destiny of this country in the hands of such people? Think about it.ghanapoliticsonline.com

As you continue to ponder over my question, I wish to recommend someone who has been tried and tested; someone who is humble and God-fearing; someone who is sympathetic and a listener; someone who is changing lives and transforming Ghana. He is your loved one, President John Dramani Mahama. Please do well to remember him on November 7, let’s help him to continue the good work he has already started. No abaaba se.