The Election 2016 campaign team of President John Mahama has said it remains resolute in its campaign activities despite the president being hooted at, at Kokompe in Accra on Tuesday.

According to the Campaign Coordinator, Kofi Adams, the persons who shouted in disapproval are known undisciplined NPP supporters, which makes their conduct not surprising.

Hundreds of traders and residents stunned President John Dramani Mahama at the spare parts enclave by waving the change sign after the president visited the area as part of his campaign tour of the Greater Accra region ahead of the December general elections.

President Mahama looking puzzled and left with no option waved at the teeming crowd from his Toyota Land cruiser vehicle in response to the traders continuous making of the change sign.

But commenting on the issue on Asempa FM Wednesday, Kofi Adams who’s also the ruling party’s National Organizer condemned the action of the traders and residents saying they lacked maturity in politics.

“Look, if that is the way we’ll do our politics then Nana Akufo Addo cannot go to all places in this country to campaign. Because there are NDC supporters everywhere, when we got to Kokompe there were huge NDC supporters following President Mahama but the indiscipline Nana Akufo Addo has preached to his supporters led them to misbehave towards the president.”

He added: “We were just passing through the area, where the incident happened is a known NPP spot as they had hoisted a bid flag of Akufo Addo’s, so clearly the people were NPP supporters who wanted to embarrass the President. But just as Mitchel Obama said.. when they go low, we go high, when they do their all-die be-die stuff, we’ll show them that we are matured and we do clean politics 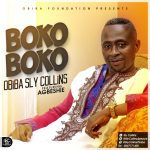