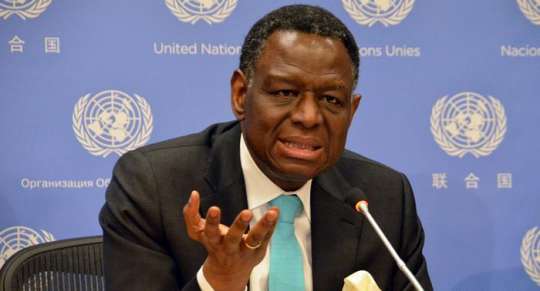 United Nations Under-Secretary General Babatunde Osotimehin would next week address Members of Parliament at the Parliament House in Accra.

The address of Under Secretary General, who is also the Executive Secretary of the United Nations Fund for Population Activities (UNFPA), would take place at the Job 600.

According to the Business Statement presented to the House on Friday, the Under-Secretary General’s address which would be delivered on Wednesday, February 10, 2016, at 1550 hours would be a question and answer session.

It urged all members to avail themselves to the special event.

The Business Statement announced that there would be questions on works on some stadia. Mrs Freda Akosua Prempeh, MP for Tano North is scheduled to ask the Minister of Youth and Sports what steps were being taken to improve the infrastructure at the Azumah Nelson Sports Complex.

She would also want to know from the Sports Minister what steps were being taken to maintain the facilities at the Accra Sports Stadium.