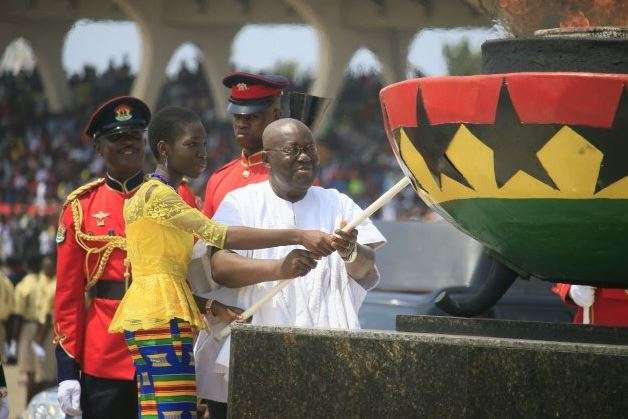 The management of the Universal Merchant Bank (UMB) has earmarked US$100 million to support the government’s one district, one factory initiative. The bank says it is also ready to support any entity that ventures into the initiative with up to US$1 million.

To that end, the bank will invest a total of up to $50 million in the centre; to be availed in Ghana cedi at the prevailing exchange rate.

It is the belief of the bank that the policy initiative by the government is workable and achievable and, therefore, requires active stakeholder participation.

To qualify for the selection criteria, the business concept must be supported by the Ministry of Trade and Industry and or the Ministry of Business Development as well as pass the UMB’s Feasibility Assessment process.

A management team of the bank, led by its Board Chairperson, Mrs Betty Zormelo, announced this when it paid a courtesy call on President Nana Addo Dankwa Akufo-Addo at the Flagstaff House yesterday.

Speaking at the event, the Chief Executive Officer (CEO) of the UMB, Mr John Awuah, said the bank was not considering the idea of making the facility available to clients in the future but said a department had already been set up which was prepared to engage with clients interested in developing or building factories in the country.

Describing the one district, one factory policy as grandiose, he said every district of the country had a certain economic potential that could be exploited when an adjoining factory was put in place.

He said the initiative by the government was well-thought out and one that would accelerate the development of the country.

Mr Awuah explained that in 2016, the UMB established the “UMB Centre for Businesses,” a stand-alone unit designed to set a new standard in the delivery of SME Banking Services.

“We have leveraged on this solid SME banking experience to set up a UMB PPP Incubator Centre” solely for the purposes of supporting the needs of enterprises that seek to partner with the government on the “One District, One Factory” concept,” he said.

“However, due to the dire economic circumstances in which Ghana currently finds itself, the government is limited in its ability to provide funding for this project and it shall be implemented with the private sector through various Private Public Partnerships (PPP),” he said

He said the bank identified groups of enterpreneurs seeking to collaborate to expand their businesses through value addition as well as university graduates seeking an opportunity to develop their enterpreneurial skills.

Mr Awuah added that the fund would also target “enterpreneurs with a track record in growing and managing businesses and existing enterprises whose businesses meet the aforementioned business concept selection criteria.”

Services to be provided

The CEO said the goal of the bank would be to help those businesses to become structured, efficient, locally and globally competitive and sustainable.

The UMB, he said, would be proud to be associated with such an elaborate initiative of the government aimed at transforming the economic fortunes of the country.

The President described the announcement as one of his birthday gifts coming from a bank.

He said the devotion of the government to ensuring even development across the country could only be achieved through the one district, one factory initiative.

But its success, he said, was conditioned on the active involvement of the private sector in providing the resources within the investor-friendly environment created by the government.

The President described the decision by the UMB as exemplary and an expression of nationalism within the context of business and investment.

He gave an assurance that the government would not renege on its promise to create the enabling environment for private businesses to thrive, saying the policies that had been deployed were already showing strong signs of the government’s commitment.

He tasked the Trade and Industry Ministry to strongly partner the bank to ensure that the product of the bank was patronised by interested businesses who bought into the one district, one factory vision.

President Akufo-Addo assured the bank that should it encounter any challenge in dealing with the ministries, his doors were always open and that they could go to him.