The Ghana Police Service has announced the British murder suspect Arthur Simpson-Kent will be extradited to the UK to stand trial.

“The fugitive is in our custody awaiting an official request from the British Government, via the Diplomatic Channel, for his extradition to the United Kingdom,” an official police statement said.

Simpson-Kent has been arrested for the alleged murder of a former EastEnders actress Sian Blake and her two sons.

Arthur Simpson-Kent was nabbed in Ghana’s Busia near Takoradi at the beach.

The 48-year old Arthur is suspected of murdering his girlfriend and entered Ghana via the Kotoka International Airport on December 19, just days after the British authorities questioned him about the crime.

Below is the full statement from the Ghana police at a press conference on Sunday:

He was said to have fled the United Kingdom to Ghana after allegedly murdering his girlfriend, Sian Blake,’43 and their two Children namely, Zachary, 8 and Arnon, 4.

The suspect was alleged to have buried the bodies of the victims in a shallow grave in the garden behind their apartment at Erith in London. He was believed to be hiding at Busua and its environs in the Western Region.

The information also had it that Arthur Simpson-Kent, while escaping from the United Kingdom, travelled to Glasgow in Scotland, from where he flew to Ghana via Amsterdam on December 19, 2015.

Enquiries made at the Kotoka International Airport confirmed that Arthur Simpson-Kent arrived in Ghana on December 19, 2015.

However, our further investigation revealed that he had entered December 7, 2015, on his disembarkation form, as the date on which he arrived in Ghana.

Following the request from our British Counterparts, the CID Administration put together a team of detectives led by the Deputy Superintendent of Police (DSP)/Mr Hanson Gove of the Homicide Unit of the CID Headquarters, Accra, to search for and arrest the said fugitive.

In the evening of Friday January 8, 2016, the team moved and arrived in the Western Region in the early hours of Saturday January 9, 2016. Intelligence gathered on the ground led the team to Busua and Butre towns.

With the assistance of the Chiefs and people of the two communities and the local Police, an intensive search was mounted for the fugitive. Arthur Simpson-Kent was eventually smoked from a thicket near Butre where he was hiding.

He was armed with a knife. He was disarmed and arrested.

We wish to acknowledge the Western Regional Police Command, the Agona Nkwanta District Police and Co-operative Individuals (C.ls) within the Busua and Butre Communities, both local and foreign, for their immense contribution which led to the arrest of Arthur Simpson-Kent.

We also wish to thank our British counterparts for their immense support. The fugitive is in our custody awaiting an official request from the British Government, via the Diplomatic Channel, for his extradition to the United Kingdom. 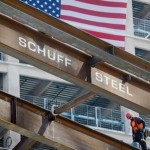