A final year student of the University of Education, Winneba has drowned after he went to the beach to celebrate his birthday Saturday.

The deceased, Bright Osei-Agyei, a level 400 student reading Business Administration went with friends to the Sir Charles Beach in Winneba at about 16:00GMT Saturday, a friend Timothy told myjoyonline.com.

After several rounds of swimming, they all retired to the shore. But after a while, Bright said to be in his mid-20’s wanted another dip in the sea while his friends watched.

Eye witness recounts that a shot time after he jumped into the water, they noticed their colleague was struggling and had raised his hand beckoning for help.

Osei-Agyei was shouting, but his friends who were had no swimming skills could not swim to the distance Bright had found himself. They called to some fishermen at the beach for help.

All hopes of rescue faded away as Osei-Agyei was washed away out of sight before anyone could reach to save him.

His body was washed ashore at the fishing harbour end of the beach Sunday afternoon. The skin around his eyes had peeled off.

The body of the deceased has been deposited at the Winneba Government Hospital and his family has been informed of their son’s death. 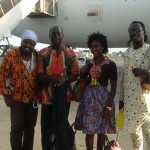 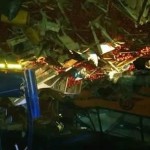