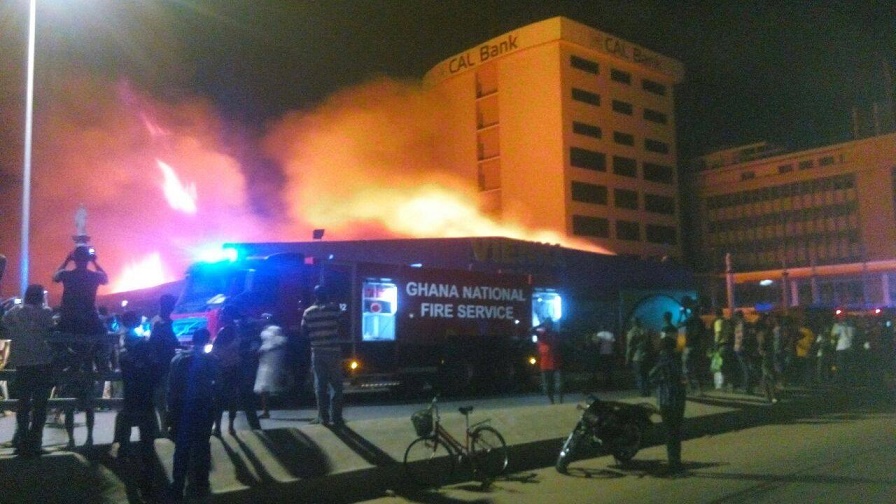 Two workers of the Maxxon fuel station at Dome in the Greater Accra Region have been confirmed dead after fire gutted the fuel station Thursday dawn.

The deceased, Richard Asante, 19 and Magdaline Mensah, 24, were said to have been burnt beyond recognition.

Narrating the incident, the Regional Fire Commander for Greater Accra,Ebenezer Simpson said the fire started around 2 am.

“Around 2: 58 we received a fire call that there was fire at Maxxon filling station at Dome. We arrived at the scene within four minutes and we realised that the fire involved a Mart at the filling station… we quickly forced our way inside and doused the fire but because the flame was too much it took us about 35 minutes to extinguish the fire. In the process, we realised that two people were dead,male and female.

“We suspect that the fire started for sometime before we entered the shop. I think they were suffocating so they could not find their way out when the fire began,” he told Accra-based Citi FM.

Investigations have begun into the cause of the incident.

Meanwhile, the bodies of the deceased have since been conveyed to the Police Hospital in Accra for autopsy.