The Tuobodom Senior High School in the Brong Ahafo Region has been the latest fire victim. The school went up in flames on Sunday January 10.

Parts of the school’s administration block and library were ravaged by the blaze. The assistant headmaster’s office and the library bore the harshest brunt of the blaze. No casualty has been reported.

Fire Officers were able to subdue the blaze and the school has started salvaging some of its property. The fire incident is, however, expected to affect academic work.

The Tuobodom fire came hours after another fire swept through 250 wooden shacks, which provide shelter for about 400 itinerant girl-porters (kayayei) at Afful Nkwanta in Kumasi, Ashanti Region. The blaze started Saturday night and decimated the wooden shanty town opposite New Oxford School. All items belonging to the kayayei were consumed in the fire. No casualties have been reported in the incident. The shanty fire incident also came just three days after a blaze destroyed hundreds of shops and stalls at the Kumasi Central Market in the same region. Huge quantities of items and wares running into millions of cedis got completely burnt. The cause of the fire was not known, but an eyewitness told Class FM that it started around 10p.m. Wednesday at the spot for yam sellers. Police and Fire Officers battled the blaze into the next morning. About five fire incidents have been recorded at the same market in the recent past. Also within this week, a patch of the Achimota forest went up in flames after marijuana smokers allegedly left lighted butts of their spliffs in the forest after smoking. A house also got ravaged by fire in Ashaiman, near Tema. 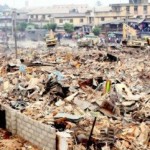 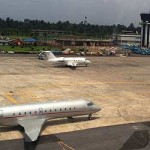