Former Chief Executive of GNPC may not have received any payment as yet from the petroleum exploration company for services he rendered at least 15 years ago.

Joy News sources say the lawyer’s has not received the payment even though the Board had stated that Tsikata and three others including his wife Esther Cobbah were paid monies 15 years after exiting the GNPC.

Adansi Asokwa MP KT Hammond had first claimed, Tsikata had been paid 1million cedis. GNPC has not confirmed the amount.

Tsikata’s wife has also come out to deny receiving any mone but insisted the GNPC owes her after working as the Head of Public Affairs before she exited the company in 2001.

Another former GNPC CEO Nana Boakye Asafu-Adjaye and a former Field Evaluation and Development Manager, Mr. Benjamin Dagadu who is currently a deputy minister are two others who were also paid y the GNPC after their “invaluable” contributions.

The payments have been branded “illegal” and “criminal” by Adansi Asokwa MP Kobina Tahir Hammond who was deputy Energy Minister under the Kufuor administration. 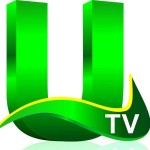