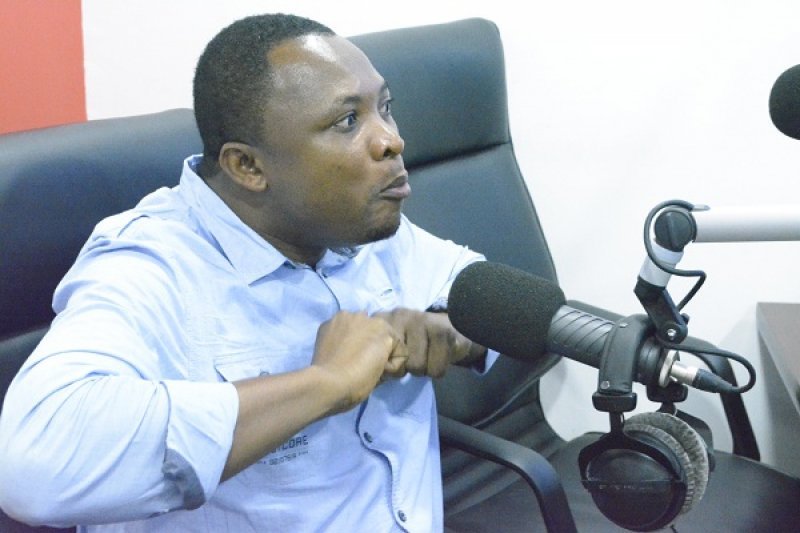 The Ghana FA Communications Director, Ibrahim Sannie Daara, has questioned the damning report of Transparency International on the management of the nation’s football governing body, labeling it as “shoddy”. Transparency International rated the Ghana FA as one of the world’s 87 worst managed football association after claiming that the soccer governing body had scored zero in all four categories of the Football Governance League Table, comprising financial reports, organization charter, annual activity report and code of conduct/ethics. “The research work done by Transparency International is erroneous. The GFA has financial reports that were presented to members of Congress recently. We have a code of conduct and even an organisation charter,” Daara told Starr Sports. “Transparency International did not contact the Ghana FA for documentary evidence so I am disappointed in their research because it lacks accuracy,” the former BBC sports journalist added. The Transparency International sought to investigate the accountability of the 209 FIFA member associations using the annual funding from the FIFA Assistance Program grant of $250,000. THE REPORT According to the report by the Global anti-corruption body, the Ghana football Association scored ZERO, in all four categories of the 2015 Football Governance League Table. The Report said Ghana, Burkina Faso, Gabon, Comoros, Eritrea and Algeria are amongst the worst run Associations in Africa. Egypt scored in three out of the four categories, representing Africa’s highest in terms of the level of transparency. Transparency International looked at how FAs account for their activities based on the information publicly available on each FA’s official website. They chose four basic areas of information drawn from a work on the Business Principles for Countering Bribery in small and medium-sized enterprises and Transparency in Corporate Reporting. These methodologies were developed to identify best business practice for countering corruption. Scoring was divided into four categories, and a point was given for each of the following • Financial accounts • Organisational statutes or charter • Annual activity report • Code of conduct or ethics The study reveals that the Ghanaian FA scored zero in all four categories of the transparency index. Only 14 out of the 209 FAs – Canada, Denmark, England, Hungary, Iceland, Italy, Japan, Latvia, New Zealand, Northern Ireland, Norway, Portugal, the Republic of Ireland and Sweden – publish the minimum amount of information to show what they do and how they spend their money. FIFA says the money is for football development. But other than a partial accounting on the FIFA web site, there is no clear way to track what the FAs did with all that money. • 81 per cent of FAs have no financial records publicly available • 21 per cent of FAs have no websites • 85 per cent of FAs publish no activity accounts of what they do • Transparency International looked for what information is publicly available on the websites of the activities and expenditures of the 209 FAs and six regional Confederations. We wanted to find out how transparent they are about the money they receive from FIFA and their other revenues. Many of the FAs and the confederations have income from sponsors, broadcasting licenses, ticket sales, international matches and other sources in addition to the funds for FIFA. While they prominently display the logos of their sponsors on their homepages, little to no information is provided on the value of these deals and activities. We also sent emails to all 209 FAs asking them for links to the information because many websites are hard to navigate and the information hard to find1 . Only fourteen out of FIFA’s 209 football associations. Transparency International researched FA websites to source details about financial accounts, governing statutes, codes of conduct and annual activity reports. “The risk of corruption at too many football associations around the world is high,” said TI director Cobus de Swardt. “This problem is made worse by the lack of information such as audited financial statements by many associations. “FIFA needs to enforce better governance on its members as well as on itself. The good that football can do is tarnished when corruption is allowed to flourish. “With the five-man race on to replace Sepp Blatter as FIFA president after months of crisis and scandal at the federation, Swardt added: “Any incoming president of FIFA must make it a priority to create more accountable governance throughout the organizations from the bottom, as well as from the top.” He said world football’s six confederations could also improve. Only two publish financial accounts – UEFA and African football’s ruling body. TI has made a series of recommendations to FIFA. It calls for the world federation to mandate all its members to make publicly available the following information as a pre-requisite for membership and financial assistance: audited financial accounts, an annual activities report, code of conduct and organizational statutes. The anti-corruption body also wants FIFA to make easily accessible all charters and annual activity and financial reports of associations on its main website, while the confederations are urged to publish financial accounts and codes of conduct on their websites. The International Centre for Sport Security described the new research as “a damning indictment on financial transparency in football”, saying it was a timely examination of the level of financial and functional transparency in global football governance