Desperate measures to rebrand Nana Akufo Addo as a peace loving person will be a wasted effort because Ghanaians know him too well”. That’s how Deputy Minister for Education, Samuel Okudjeto Ablakwa summarizes his take on attempts by the NPP to disabuse the minds of Ghanaians.

With barely 40 days to the December 7 polls, the governing NDC has intensified its campaign describing developments within the NPP as a true reflection of Nana Akufo Addo’s intolerance and vindictive character.

Mr Okujeto Ablakwa who was commenting on Supreme Court Judge, Justice Jones Dotse’s advice to political parties to emulate the attitude exhibited by Nana Akufo-Addo, who accepted the Court’s verdict on the 2012 Election petition case that ruled in favour of NDC’s President John Mahama.

Justice Dotse was speaking at a special forum organized by the Chief Justice, Theodora Georgina Wood on the theme ‘Judiciary and Election 2016’.

Justice Dotse’s noted that the sustainability of the peace Ghanaians are enjoying will be dependent on actions of politicians in the upcoming polls. He noted that an environment in which political actors respect decisions of the court on election disputes is essential for the stability of the country.

But the deputy Education Minister said Justice Dotse’s example was inappropriate since said Nana had no option than to accept the court’s verdict.

“Nana Addo didn’t have any option than to accept the court’s verdict. The fundamental issue which Ghanaians are interested in is why Nana Addo refused to accept the express will of the people through the ballot box but rather decided to hold the country to ransom for eight months in court using some frivolous reasons which the court finally threw out.

That Supreme Court election petition was needless. So for anybody to suggest that Nana Ado did Ghanaians a favour by accepting the court verdicts is wrong. Nana Addo cannot be said to be a peaceful man by his conduct” he said.

He emphasized that Nana Addo remains a divisive, despotic, and dangerous political figure, and Ghanaians can’t wait for another opportunity to reject him for the third time in the Presidential elections.

Mr Ablakwa who spoke on Accra based TV3’s New Day program Tuesday, argued further that attempts to make Nana Addo look like he’s a peaceful person will not wash because it is too late in the day.

“I agree with the learned Supreme Court judge on his advice but I am also of the view that it is important for candidates contesting an election to demonstrate that they are true democrats when they lose and not resort to baseless legal action. Just look at what is happening in the more advanced democracies like the states because of what Donald Trump has said regarding what he will do if he loses the elections.

Just for saying he will waiver his decision to accept the verdict when he loses all hell has broken lose and his campaign team is all over the place trying to do damage control. No progressive and peaceful society likes litigants”

The deputy Minister for education urged the NPP to stop what he terms the ‘hero worshiping’ of Nana Akuffo Addo and portraying him as a man who loves peace when indeed his utterances and posture points to the contrary.

He maintained that Nana Addo doesn’t have the peace and interest of Ghana at heart. He said Ghanaians will any day prefer to stay with a peaceful President Mahama despite their socio economic circumstances which the ruling NDC is doing everything to improve upon.

“A vote for Mahama is a not only a vote for development and prosperity but also a vote for peace” he concluded. 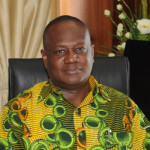 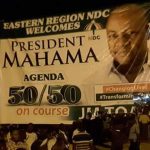