Nana Akufo Addo and his running mate Mahamadu Bawumia are on record to have peddled a number
of untruths about government as follows;

1. On 9th December, 2014, he lied that the cost of the Kasoa Interchange had been inflated at the Aliu Mahama memorial lectures. This was later disproved by his own Minority ranking member on the Roads and Transport Committee of Parliament Hon Kofi Owusu Aduomi.

2. On 19th October, 2015, he lied that Government spent US$ 10 million on the printing of diaries. He
provided no proof.

3. On 21st October, 2015 he claimed at a gathering in Amsterdam that government and the Electoral Commission were scheming to rig the 2016 elections. He provided no proof.

4. On 19th December, 2015 he lied at an NPP delegates conference Sunyani that ALL government projects have been awarded to enrich Government officials. He provided no proof.

6. At the same event he lied that the Salaga District hospital project had been abandoned and no progress had been made when in fact the hospital had reached lintel level.

7. At a lecture at the Central University College On 25th March,2015 he lied that the African Development Bank(AfDB) had suspended Ghana the previous month and we were still on suspension as of the time he was delivering the lecture. AfDB denied this claim in the evening of the same day

8. On 18th August, 2015,he claimed at the Alisa Hotel at a press-conference that he had evidence of 760,000 foreigners from Togo, Cote D’Ivoire and Burkina Faso on the Ghanaian voters’ register. He claimed to have presented only 10% of the evidence and that the NPP will make the remaining 90% available in due course. Several months after this claim, he has failed to produce the remaining 90%
after it turned out that even the so-called 10% he presented was fabricated. The NPP also sent word to
the Electoral Commission that they were no longer willing to submit the remaining 90%

9. In November,2015 he lied that the NDC Government has borrowed US$ 37 billion in seven years. After this lie and its illogical implication were exposed he quickly shifted the goal post and claimed he was talking about “the value” of money borrowed when our debt has never been calculated through the fraudulent manipulation of figures that he attempted that day.

10. On 6th May, 2016 he lied that Government had diverted US$250 million out of the Eurobond issue of
2015 into a private account operated by a private bank. 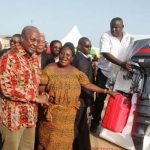 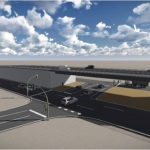