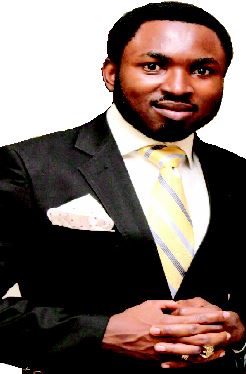 Dashing General Overseer of the Abuja based Divine Hand of God Prophetic Ministries, Prophet Emmanuel Omale, who had Jim Iyke as his best man when he wedded years back has called for prayers to prevent the violent death of a top Nollywood female star. He said if fervent prayers aren’t offered the star would either die in a deadly road accident, an armed robbery attack or of high blood pressure.

He also said a former Governor’s wife in the South-South should pray against bereavement and detection of terminal illness. The Prophet also declared that he sees many billionaires crying as many of them would fall in the year.

According to him, many of those who made their money through dubious means would end up in jail while new and younger billionaires would rise up to replace them. On Boko Haram, he said the power of the group has been greatly reduced, but a top military boss may die in combat.

In fact he has advised Nigerians to take President Muhammadu Buhari’s war against corruption seriously. This is as he warned that two newly appointed ministers be careful about getting involved in a financial scandal that will see them being sacked and jailed.

The young seer who correctly predicted the emergence of Bala Ngilari as Adamawa State governor, among other accurate predictions also said two serving Senators should pray against scandalous revelations which could lead to heart attack. Omale equally said that he saw billions of naira embezzled from the past government being returned openly and that there will be 17 months of prosperity for Nigeria as oil price improves.

He therefore admonished Nigerians to support the government of President Muhammadu Buhari as “the current hardship would soon be over”. According to him, by the middle of 2016, there would be money in circulation and “all the present hardship would gradually ease off”.

The Prophet gave his 2016 prophesies to a jam-packed service at his Area 1 Garki church penultimate week. “President Buhari will be the best President the country ever had and he would lay super structure foundation that would lead to economic growth and development for Nigeria” He further said that by 2020, Nigeria will become the envy of nations, adding that Nigeria would not divide despite the pro-Biafra agitation, as the whole issue will be resolved amicably and the country will wax strong even as Buhari implements some parts of the National Confab reports.