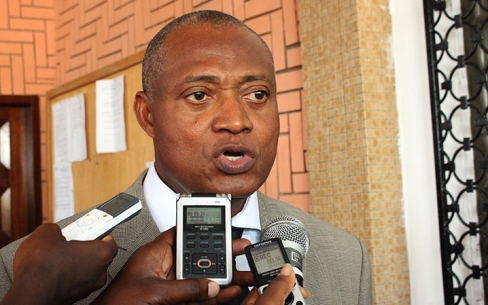 The President of Togo’s opposition political party, Alliance Nationale pour le Changement (ANC), Mr Jean-Pierre Fabre has denied making any statements about a refusal by the Togolese Electoral Commission to provide its counterpart in Ghana with a copy of its voters register.

Last week Mr Masseme Esse, claiming to be an Advisor to Mr Fabre granted an interview to some Ghanaian radio stations and purporting to be speaking for the leader of the largest opposition political party in Togo, he said the ANC was “bemused” by reports that the Togolese Electoral Commission declined to provide its counterpart in Ghana with a copy of its register for verification of the soft copy of the register used by the New Patriotic Party (NPP) in its analysis to back calls for a new voters register.

In a communique signed by Jean-Pierre Fabre and issued in Lome on January 7, 2016, the ANC said Mr Masseme’s presentation in the Ghanaian media as an Advisor and speaking in their leader’s name was false.

Rather, the party said it was aware Mr Masseme lives and works in Germany and even though he was a supporter of the party, he was not an Advisor and does not occupy any position or place in the ANC.

It said Mr Masseme, therefore, does not have any right to speak on behalf of the ANC, as a party, let alone in the name of the President on any subject whatsoever.

It said whatever he has said was therefore only his personal opinion.