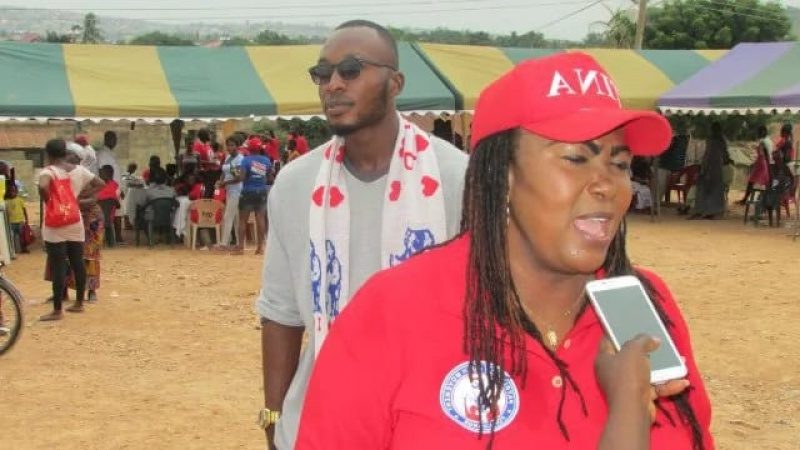 Contrary to expectations by many that politicians will spare us their usual fratricidal politics in this festive season, the opposite has been the case. One of such needless exchanges making waves is the internecine strife between newly elected MP for Weija Gbawe constituency, Tina Mensah and some youth groups of the NPP over who becomes the next MCE for Ga South.

Ordinarily, who becomes MCE for Ga South under an NPP government should not have bothered me or any member of the NDC, especially when our fledging but nascent democracy is fashioned around the notion of “winner takes all”.

However, the tenets of democratic governance provide that when a party is elected to form the next governance, everybody, regardless of your party leanings, must contribute to the success of that administration. It is in the spirit of this that those of us in the Domeabra Obom find it very disturbing and nauseating that even before the president elect is yet to be sworn into office, all manner of lobbyists have been let loose to entice him into appointing certain personalities to positions.

Of particular interest in the scheme of things is the discussion on who becomes the next MCE for Ga South. It is worthy to mention that Ga South is made up of three constituencies, ie, Weija Gbawe constituency, Bortianor Ngleshie Amanfro and Domeabra Obom.

Interestingly, out of the total number of Assembly men at the assembly, Domeabra Obom alone provides half of the membership, with the two constituencies sharing the remainder. Domeabra Obom, though located in Greater Accra, is the only “rural constituency” among the constituencies that make up the municipality.

It is also the most deprived and underdeveloped constituency among its peers. Due to the distance between Domeabra Obom and the other two constituencies, almost all the MCEs since 2004 when the district was created have concentrated on developing Weija Gbawe and Bortianor Ngleshie Amanfro to the neglect of Domeabra Obom.

Other reasons account for this disturbing development. Since 2004, all three MCEs the district has produced have either come from Weija constituency or Bortianor Ngleshie Amanfro. Domeabra Obom constituency has always been left out in the leadership role of the district. Though this constituency contributes a lot of resources to the district, all we get are crumps.

Needless to say, Domeabra Obom is the food basket of the other two constituencies. Not only that, the Hobor market also generates a lot of resources for the district. Despite all these contributions to the district, none of our compatriots have been seen worthy of heading the Assembly. The closest we have come to leading the assembly was last year when Mr Ahordagbe was elected Presiding member of the assembly.

Since 2004, all potential MCEs from Domeabra Obom who mustered courage to put themselves up for consideration were never considered by the NDC and NPP. The constituency has been left in the dark and all these two political parties have done was to use our dominating Assemblymen in pursuit of their agenda.

Prior to the 2012 election, almost everybody in the constituency realized that it was time we also produce MCE for Ga South. There are a lot of capable and competent personalities in the constituency to be considered for this post. That is to say, we are not lacking human resource.

Luckily for the people of Domeabra Obom, both President Mahama and Nana Akufo Addo visited the constituency during the just ended campaign. One of the major issues the chiefs of the area raised was how we have been shabbily treated in terms of the leadership of the assembly.

With this, the chiefs made two important demands in respect of the leadership of the assembly. First, the chiefs demanded that Domeabra Obom gets its own district assembly. Secondly, the chiefs also suggested that, while working on getting us our own assembly, the next MCE must come Domeabra Obom.

Both President Mahama and Nana Akufo Addo, in separate engagements, answered in the affirmative to these demands. They promised to be doers of their words when elected.

As faith would have it, Nana Akufo Addo won the December 7 election. As law abiding people of Domeabra Obom, we thought it was too early to start reminding Nana Akufo Addo of his promises. We were of the firm conviction that he is a man of integrity who takes his words and promises serious so there was the need to give him space to executive his mandate.

More so, he is yet to take office, and there are comparatively bigger tasks for him to executive than appointment of MCE for Ga South. But it appears our colleagues in the other two constituencies, particularly Weija Gbawe, are bent on repeating what they have done in the past.

In the said “denial” press statement, the group extolled the virtues of Patrick Kumoh as wielding all attributes that can fetch him the MCE post. With this, it is clear that indeed some lobbying is ongoing to get Patrick Kumoh to get the node. Nana Akufo has promised to do away with the present mode of appointment of MMDCEs. He wants them to be elected by the people. To achieve this, the Local Government Act and article 243 of the 1992 constitution must be amended.

In the face of these hurdles, Nana Akufo Addo may at the initial stages of his presidency stick to the present mode of appointment of MMDCEs. This is where the people of Domeabra Obom need Nana Akufo Addo to demonstrate his commitment to the promise he made based on which he was elected.

Nana Akufo Addo must not bow to pressure and deny Domeabra Obom this great opportunity to demonstrate to the world that we can also put up a candidate to manage the assembly. We know that position is not our birth right, but it is only fair that we are also treated with dignity and respect like our counterparts in the other two constituencies.

Any attempt to deny Domeabra Obom the opportunity to produce the next MCE for Ga South will be met with strong resistance. We know as President (on and after January 7) Nana Akufo Addo reserves the constitutional right to determine who becomes the next MCE for the area. This is our humble appeal. We cannot afford to remain at the backstage of governance at the assembly. Madam Tina Mensah and her ilk should shelve their plans. It will not work this time round. 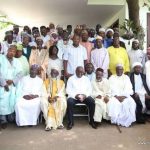 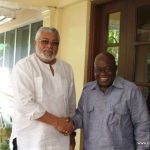