Pratt Jnr. has predicted economic doom for the Akufo-Addo administration in the year 2018.

According to the Managing Editor of the Insight Newspaper, next year will not be a better year economically for the government, due to some challenges that he foresees the current administration will be bedevilled with.

The seasoned journalist was commenting on the 2018 Budget Statement and Economic Policy that will be presented by Finance Minister Ken Ofori-Atta on the floor of Parliament on Wednesday, November 15.

The sector Minister will appear before the House to update legislators and Ghanaians on government’s expenditure and financial obligations.

The first budget statement delivered by the government since its inception was presented to Parliament by the Finance Minister on March 2, 2017.

Contributing to a panel discussion on Peace FM’s ‘Kokrokoo’, Tuesday, Mr. Pratt called on the government to be truthful to Ghanaians on the real state of the economy since they came into power.

He noted that it will help the nation if the government can stop playing games with Ghanaians and come clean on how the country is faring under the Akufo-Addo leadership.

To him, “it is time to speak truthfully and forcefully about the state of the national economy. This government is not lucky.” 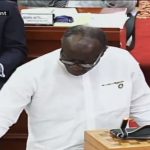 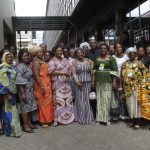