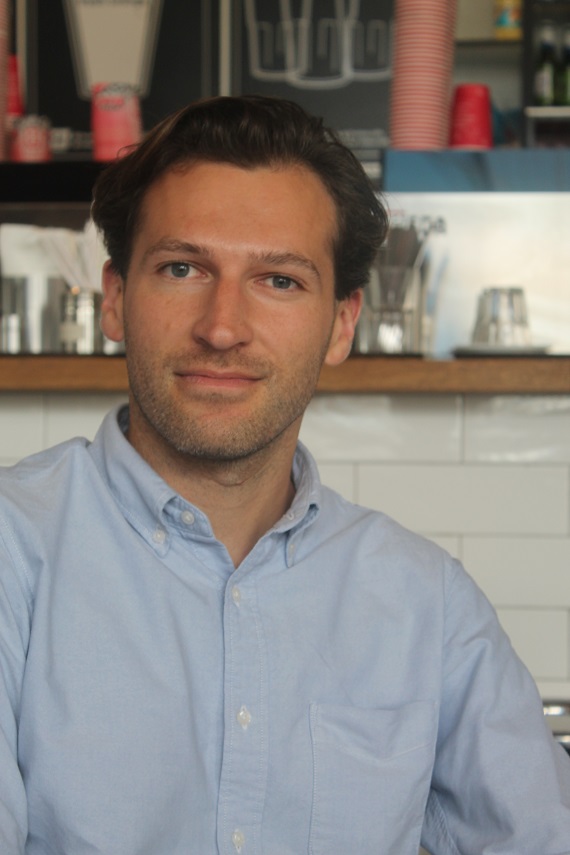 Popular British filmmaker, Tim Elliott, is currently in Ghana to learn the culture of Ghana, to research and to see how to help the youth through entertainment, specifically, film-making and music.

Addressing a section of the media at the Airport, Tim Elliott said he has been planning to come to Ghana for a very long time but his plans didn’t work out until now.

Giving a little information about himself, he stated that he’s a film director and a writer in England and have been directing for the past 7 years.

“I learnt more as a camera assistant during the shooting of Harry Portter. Apart from that, I was directing, producing and TV productions as well and was very young and energetic” Tim said.

With his experience after producing TV commercials for clients such as: Nike, BMW and Mercedes, culminating in the classic “Joga Bonito” World Cup campaign for Nike, Tim Elliott started collaborating with feature film directors as a ghost writer and creative assistant.

He also worked with Tom Vaughan on “Starter For Ten”, starring James McAvoy, and “What Happens In Vegas” starring Cameron Diaz, and for Jonathan Glazer in the early development of “Under The Skin” starring Scarlett Johansson.

Tim, who has co-written over 400 commercial treatments and music videos with directors including: Wim Wenders, Richard Ayoade and Jonas Ackerlund, for clients and artists such as: Lady Gaga, Honda, and Louis Vuitton, opined that, though he haven’t watched Ghanaian movies before, he likes African stories and since he’s in Ghana to learn and see how to assist both the needy through Obiba Foundation and people in film-making, he has started watching Ghanaian films.