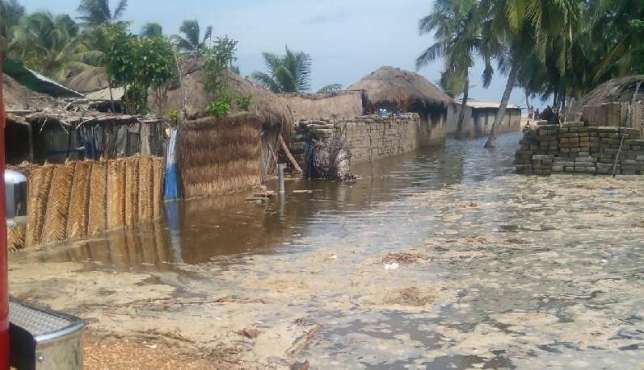 Many homes on the coast of the Atlantic Ocean have been destroyed following the resurgence of tidal waves in some parts of the Volta region.

Over 242 houses were submerged and properties destroyed in the tidal waves.

At least 1,500 residents have been displaced in Keta and Ketu South district.
play

The Regional National Disaster Management Organization (NADMO) Coordinator led some officials of the organisation to visit the affected areas to assess the extent of damage caused and how NADMO could assist the people with relief items.

According to him, the affected communities had been advised to relocate, but they had refused, except the people of Fuveme who had decided to comply.

Already, he said, NADMO had secured land to resettle the people.
Meanwhile, the waves have since subsided, after causing extensive damage to property and displaced hundreds of people.