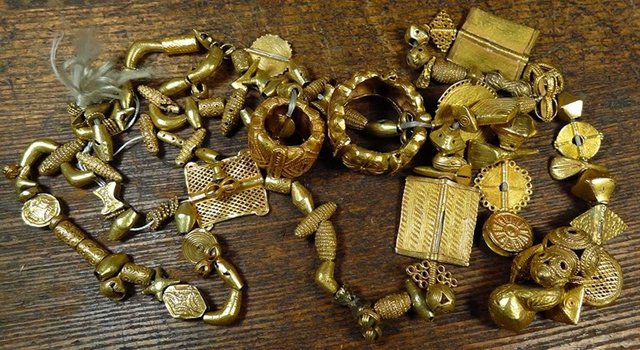 The ‘strong room’ of the powerful god, Antoa Nyama, in the Kwabre East District of the Ashanti Region has been raided by thieves who stole gold ornaments and other valuables worth thousands of cedis.

It is not quite clear when exactly the thievery occurred, though it came to light yesterday.

Six people in charge of the strong room were subsequently arrested by the police in connection with the theft.

The incident has sent chills down the spines of inhabitants, who are wondering whether the name ‘Antoa Nyama’ did not invoke any fear in the thug thugs.

Antoa Nyamaa is a popular river god deity with its shrine located at Antoa in the Ashanti Region in Ghana.

DSP Emmanuel Aduboahen, Kenyasi District Police Commander confirmed the incident to The Ghanaian Times, and said the theft was strange, judging from where the strong room is located.

DSP Aduboahen said the suspects had been granted police enquiry bail to assist in investigations, but did not mention the names.

The Ghanaian Times gathered that the thieves took away idols believed to contain some gold ornaments.

Some sources at the shrine told the Times that people hardly went into the strong room, and that the last time the chief custodian vis­ited there, was four years ago.

The sources said the people at the shrine were yet to come to terms with the theft.